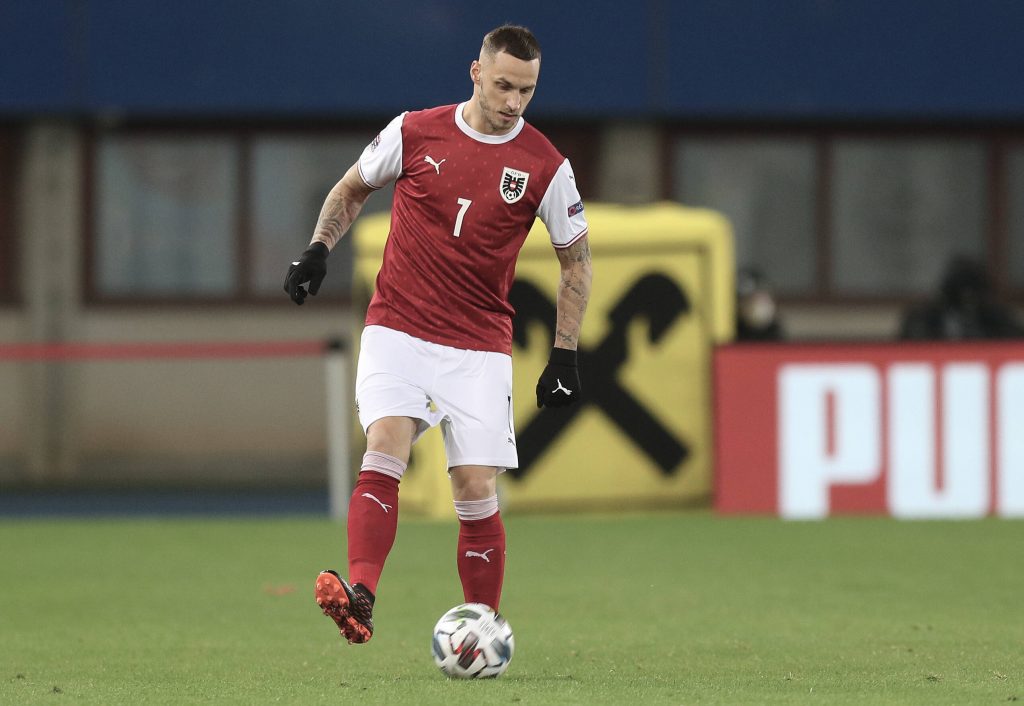 Shanghai SIPG forward Marko Arnautovic has been linked with a return to the Premier League this summer, with West Ham United one of the clubs interested in him.

The 32-year-old handed in a transfer request in the summer of 2019, demanding to leave the Hammers just six months after signing a four-year contract extension.

West Ham had knocked back a £45 million bid for Arnautovic in January 2019 but were forced to accept a £23m bid a few months later.

The Austrian international sent a come-and-get-me-plea to West Ham last April and was also looking to return during the last January transfer window.

Arnautovic seems to be eyeing a return ahead of the summer, but vice-chairman Karren Brady appears to have ruled out the possibility.

“The Austrian and his feckless agent-brother decided riches offered by Shanghai SIPG overbid the recent contract he had signed at West Ham, and consequently there was a bad atmosphere around,” the Hammers chief told The Sun.

“Again, we were forced to let him go. Arnautovic has now done his Marco Polo exploration to China and wants to return home.

“A football club is actually a delicate mechanism, built on trust and team integrity. Every man or woman must pull their weight or the edifice falls, sometimes to the division below.

“Nothing cracks the walls like the fakers of injury and non-triers whose disruption stems from wanting their own way.”

Arnautovic earns around £300,000 per week in China, and he has to be willing to take a massive pay-cut for a move to the London Stadium to work out.

Manager David Moyes has accepted that could be a huge stumbling block after admitting to being open to signing his former forward.

The West Ham boss has confessed that he really likes the enigmatic forward and is hoping he can impress at this summer’s European Championships.

West Ham replaced Arnautovic with Sebastian Haller, but the Frenchman struggled to impress and has since been sold.

The Austrian helped keep the Hammers up in 2018-19 with 10 goals and four assists, and he scored 22 goals and assisted 10 others in 65 games for the side over the course of the two seasons he spent with the club.

Moyes seemed capable of getting the best out of Arnautovic during his first stint in charge, and it is not surprising that he is keen on a reunion.

In other news, Arsenal reportedly join West Ham in the race for Argentine sensation.