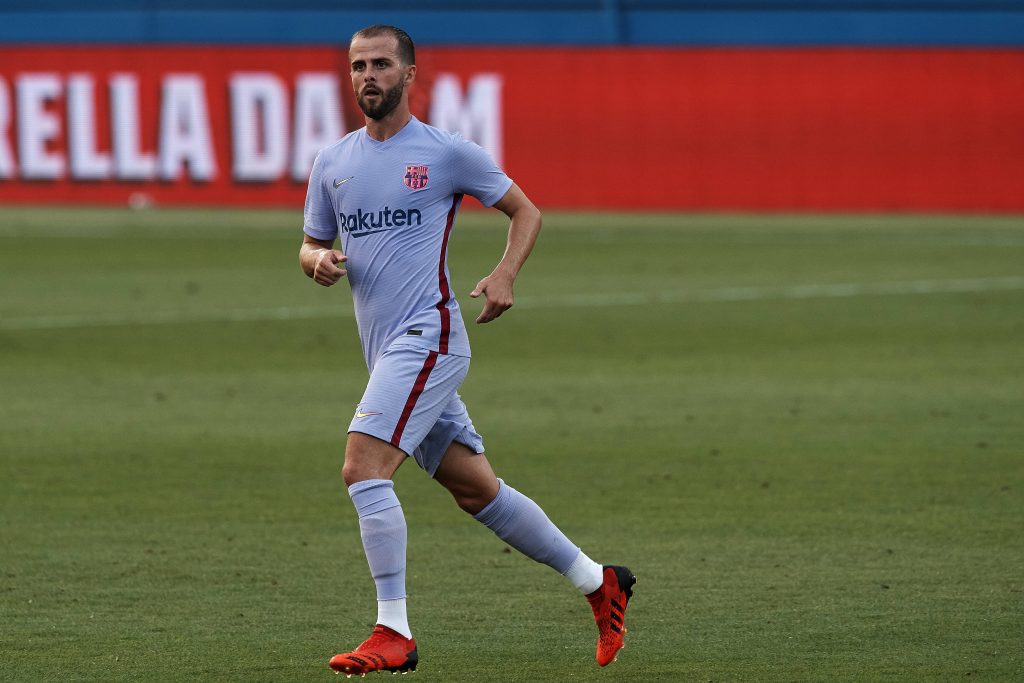 Pjanic joined the Blaugrana from Juventus in a surprise €60 million transfer last summer. Arthur moved in the opposite direction in a separate €72m deal.

The Bosnian struggled to stake a claim for a regular role under manager Ronald Koeman last term, managing just 1,295 minutes in all competitions.

He is free to leave the club this summer, and the Bianconeri are prepared to sign him on a season-long loan with the option for another year.

The 31-year-old has a good relationship with manager Massimiliano Allegri, and he would be willing to take a pay cut to rejoin the Serie A giants.

The club have asked for time to offload Aaron Ramsey so they can afford Pjanic’s salary. The Blaugrana are happy to get him off their wage bill.

The Pjanic-Arthur swap was primarily due to financial reasons, and many Barcelona fans were disappointed with the transfer agreement.

Similar to Pjanic, Arthur had a tough debut campaign for the Bianconeri. He struggled with a leg injury that hampered his performances.

The Brazilian recently underwent surgery that could rule him out for three months. Pjanic appears the club’s prime candidate to fill the void.

The loan deal may work out ideally for both clubs. Juventus have the chance to re-employ Pjanic, who was a consistent player for them.

Elsewhere, the Catalan giants can use the opportunity to lower their wage bill that has restricted them from registering new signings.

They still need to recover around €160m in wages and amortisation, and Pjanic could be one of several players to be offloaded this summer.

Sergio Aguero, Memphis Depay, Eric Garcia and Emerson Royal have yet to be registered by La Liga. The same applies to Lionel Messi.

Messi’s contract expired on June 30. He has agreed terms over a new deal with a 50 percent pay cut. La Liga have refused to offer an exception for him.