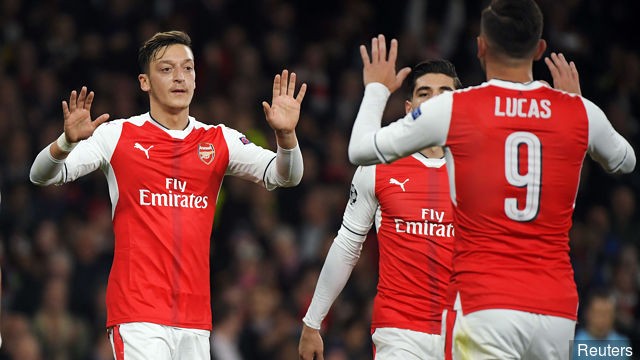 Juventus have joined the race to sign Arsenal midfielder Jack Wilshere, according to sources in Italy.

Wilshere remains well below the pecking order at the Emirates with Granit Xhaka and Mohamed Elneny both prefered ahead of the 25-year-old in Arsenal’s midfield.

Wishere has one year left in his existing contract at Arsenal and manager Arsene Wenger is unlikely to offer an extension considering the player’s continual battle with injury. He was left out of the squad that won 4-3 against Leicester City in the Premier League opener on Friday.

Newcastle United who are back in the Premier League this season still remain the hot favourites to land the midfielder this summer. Manager Rafael Benitez is believed to be a big fan of the player and is desperate to sign new recruits before the transfer window closes.

Following the Tyneside club’s interest, the UK betting company Betfair slashed the odds of Wilshere moving to the North East of England from 7/1 to 3/1.

The former England regular spent the entirety of last season on loan at AFC Bournemouth to get regular playing time but failed to make a lasting impact for boss Eddie Howe to offer a permanent move to Dean Court.