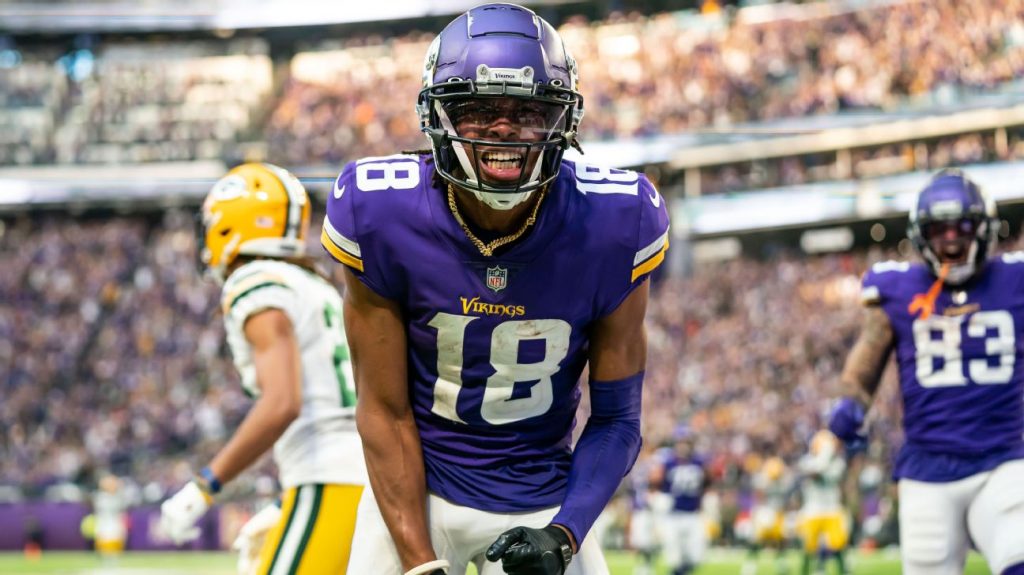 Justin Jefferson had the game of his life on opening weekend, as the wide receiver recorded a career best 184 yards against a hapless Green Bay Packers side.

The Jefferson masterclass came in a jaw dropping opening performance from the Minnesota Vikings on Sunday night, as they thrashed their rivals Green Bay Packers 23-7.

MVP chants could be heard following Jefferson’s second touchdown of the first half, as the Vikings fans sung their wide receivers name throughout the battering of the Green Bay Packers.

Speaking after the opening match of the campaign, the 23-year old seemed thrilled with his performance and explained his excitement prior to such a big game.

“I feel like a little kid today, waking up this morning, excited for the game, especially for this type of rivalry. I live for these types of big games, so I’m glad I had this type of start.”

The Minnesota Vikings hired coach Kevin O’Connell to help unlock the offensive capabilities of the likes of Jefferson, and you can see the vast improvements from players already. 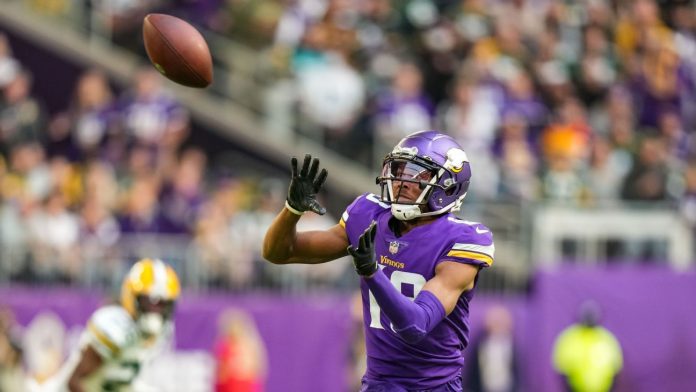 The wide receiver was all over the field on Sunday night, as he found himself in various different matchups which included going into motion on seven plays, catching four of those passes.

“I definitely like the motioning,” Jefferson said, “and just seeing the whole field. I’m pretty sure I’m going to do it a lot more.”

Jefferson and the Vikings will look to carry their form into the next game of the season, as they face the Philadelphia Eagles next Tuesday.