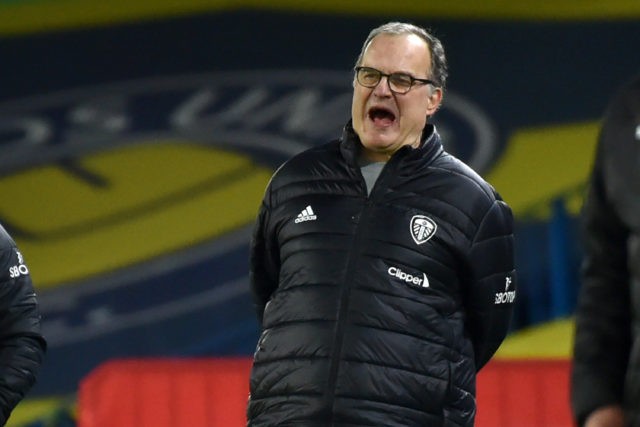 Liverpool manager Jurgen Klopp was named FIFA Men’s Coach of the year for the second year in a row during The Best FIFA Football Awards ceremony in Zurich on Thursday evening.

The Reds boss edged out Marcelo Bielsa and Hansi Flick to retain the award, and it was something he didn’t expect to win.

Klopp felt that Flick deserved to win the award after he guided Bayern Munich to a historic treble last season – German Cup, Bundesliga and the Champions League.

The Reds boss has also showered high praise for Leeds boss Marcelo Bielsa, adding that it is an honour to be mentioned along with these managers, and winning it makes it even special.

Klopp has described Bielsa as a ‘workhorse’, and has hailed the Argentine as an ‘influential manager’. He has revealed that Liverpool midfielder Thiago Alcantara told him that Bielsa ‘wore the Leeds tracksuit’ during the ceremony.

“And Marcelo Bielsa, the workhorse of all us coaches probably. You cannot probably work as much as he does. We were all sitting there in a suit and Thiago mentioned Marcelo wore the Leeds tracksuit, so probably sitting in his office and preparing the next game.

“Such an influential manager over the years, you cannot praise him enough for the things he did for football. So, of course, it’s an honour to be mentioned only with these guys – to win it, then obviously even more so.”

Bielsa is loved and admired globally for his passion, coaching style and overall contribution to the game, and it was really nice of Klopp to reveal his deepest admiration for the Argentine.

The Leeds boss also complimented Klopp and Liverpool early this season, and they share a mutual respect for each other.

The inclusion of Bielsa for this prestigious award category raised eyebrows, as many felt that guiding Leeds to promotion isn’t a massive achievement as compared to what others have done elsewhere last season.

Leeds have had a mixed start to their first season in the Premier League after 16 years. They started really well but then saw a slump in form, suffering back to back defeats.

However, Leeds returned to winning ways last weekend after winning 5-2 against Newcastle United at Elland Road.