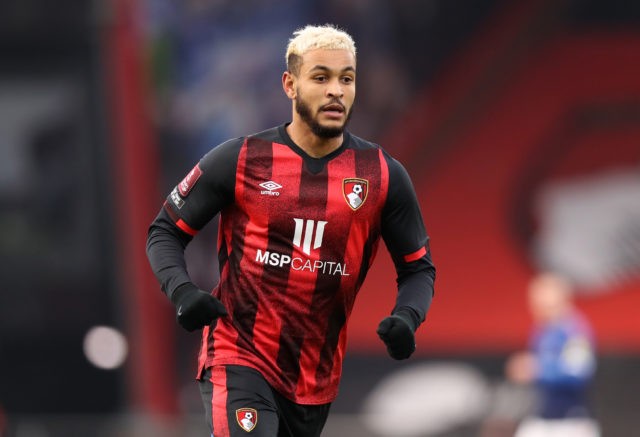 According to TalkSPORT journalist Alex Crook, West Ham have been priced out of a move for AFC Bournemouth striker Josh King.

The Hammers are looking to sign a striker this month following the departure of Sebastien Haller who joined Ajax for a fee of £20 million.

Michail Antonio remains the club’s only recognised striker at the moment, and the Hammers are exploring several options like King, Eddie Nketiah, and Boulaye Dia.

David Moyes, the Hammers boss, is a big fan of the player and wanted to sign him during the summer. The Cherries are also open to selling him but only at the right price.

He will be a free agent in the summer, but West Ham badly need a striker now.

The 28-year-old has made only eight appearances in the Championship this season, and he is yet to open his account.

Last week, The Sun reported that Newcastle United and West Brom are showing keen interest in signing him with the Magpies even willing to pay £15m for the Norwegian striker.

The Magpies have badly struggled in front of goal, and Steve Bruce wants to boost his attacking options by signing him.

Everton are also interested in signing him and are exploring the possibility of a swap deal.

SL View: Ludicrous to pay such fee for King

West Ham need a striker, but they should not waste the Haller-transfer money on buying King when better options are out there.

He has got Premier League experience, but he hasn’t scored enough in the past two seasons.

Everton could be an interesting option for King. The Toffees could be looking to sign a back-up striker for Dominic Calvert-Lewin, and King could be a decent option.