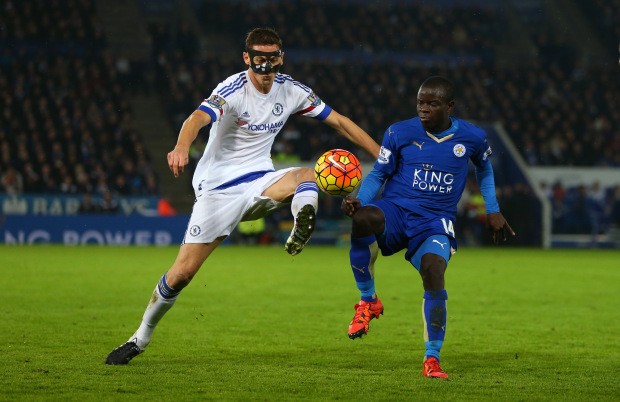 José Mourinho, the Manchester United manager, is ready to test Chelsea’s resolve with a shock move for Nemanja Matić next summer.

United will be looking to spend big next summer as Mourinho is keen to build the squad to his own taste. While Atlético Madrid duo Antonione Griezmann and Saúl Ñíguez are the top of his shopping list, according to the Mirror, the Portuguese wants Matić as well to bolster his midfield department.

With money burning a hole in Mourinho’s pocket following the £22m transfer of Morgan Schneiderlin to Everton, United are keen to sign a solid holding midfielder. Furthermore, Michael Carrick is approaching the fag end of his career, and the club is already thinking about his long term replacement.

Matić, 26, was re-signed by Mourinho during his second spell in charge of Chelsea. He was one of the key members of the Chelsea side that won the Premier League title in 2014/15.

The Serbian, who earns a reported wage of £70,000-per-week, has been in tremendous form this season. He has made 20 appearances in the Premier League this season and is a vital player for Antonio Conte. In all probability, Chelsea would reject all offers from United for the Serbian midfielder as the club would hardly allow their star player to join a rival club.

Mourinho believes Matić would be ideal for the holding role alongside Spaniard Ander Herrera. He would be a great signing for United, and being a left footed player, would lend a fine balance to the midfield alongside Paul Pogba and Herrera.