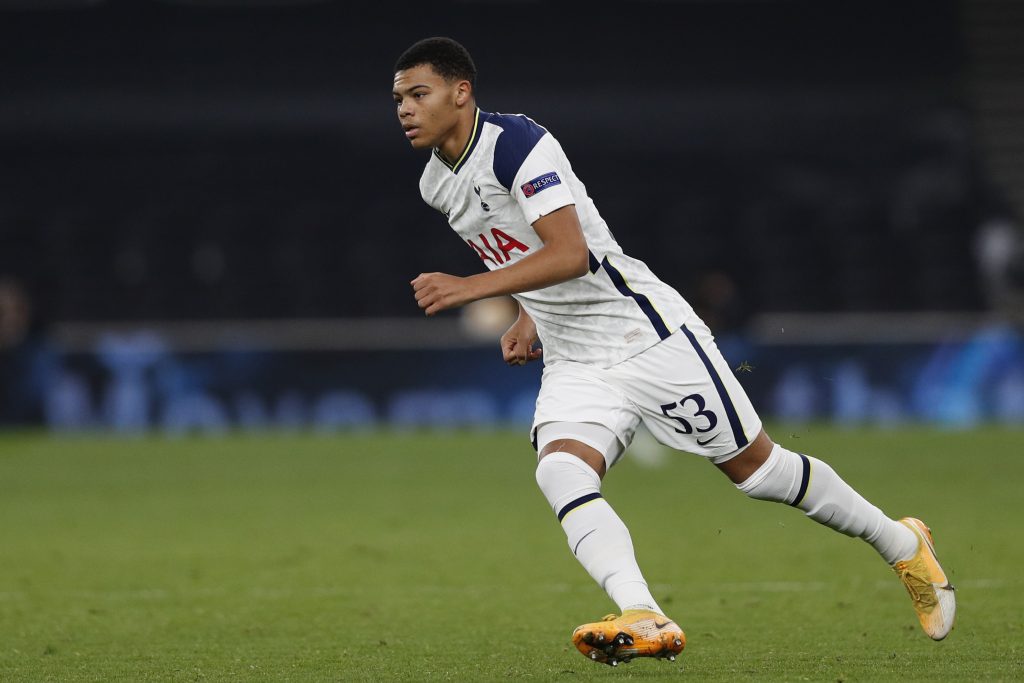 Jose Mourinho has showered praise on Tottenham Hotspur youngster Dane Scarlett after he impressed in the Europa League.

The exciting youngster grabbed an assist after coming off the bench. He became the first 16-year-old to assist a Europa League goal since Kylian Mbappe in December 2015 for Monaco against Spurs.

16y 337d – Aged 16 years and 337 days, Tottenham's Dane Scarlett is the first 16-year-old to assist a Europa League goal since Kylian Mbappé in December 2015 for Monaco against Tottenham. Prospect. pic.twitter.com/sooxTEbvDg

The teenager almost scored on his debut against Ludogorets and has made one Premier League substitute appearance as well.

He has been very impressive for the academy side this season, managing 20 goals in 18 matches for the U23s and U18s. Mourinho was full of praise for the striker after the game.

“He is a diamond – a kid with incredible potential,” he told BT Sport. “He has worked many times with the first team and that gives him a different personality.

“He is still 16, 17 soon, and I believe next season he will be a first-team squad player because he has a lot of talent.”

The Portuguese boss continued to wax lyrical about the youngster as he outlined his vision for the striker in his post-match press conference.

“I just want to say that he will be 17 next month, and I want him to be part of the first-team squad next season.

“So this season he is there and here, goes to training sessions with us and matches with the kids of his age and trains there.

“Next season he has to be a first-team player. Immense talent. Very good physical development.”

Mourinho has this reputation of handing out debuts to young players as it looks good on his CV, but his critics will point out how many of those have really developed under his management.

Jose must really like Scarlett! He looks very exciting!

However, Scarlett looks like a promising young talent and Mourinho may have spotted something special in him.

There is a feeling among the fans that Scarlett has got the potential to represent Spurs regularly, playing as an understudy for Harry Kane.

Mourinho has insisted that he wants him for the first-team next season, but his promotion could have serious ramification on the development of young Troy Parrott.

Also, it will be interesting to see if Mourinho brings in another experienced striker in the summer if Carlos Vinicius is not signed permanently.

In other news, Spurs are looking to bolster their goalkeeping options in the summer and have earmarked Burnley’s Nick Pope as their first-choice target.