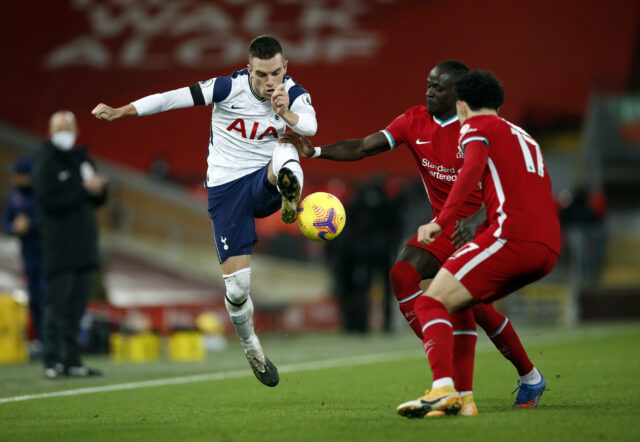 Jose Mourinho confirmed in his pre-match press conference yesterday that he will make changes to his side ahead of Tottenham Hotspur’s Europa League game on Thursday.

Spurs face Dinamo Zagreb in the round of 16, and Mourinho has hinted that he will rotate his squad.

The Spurs boss has confirmed that he will field a strong side, but there will be changes. One player who will not be playing is Giovani Lo Celso.

The Argentine has suffered a minor setback and is not completely fit to play on Thursday.

Lo Celso has not featured for Spurs since he was forced off with a hamstring injury in the 2-0 defeat to Leicester City in mid-December.

He returned to training last month, and there were suggestions that he could play in the Europa League clash and the north London derby on March 14.

However, Mourinho has now confirmed that Lo Celso is unavailable.

“Gio is not ready, but it’s nothing to do with his previous important injury, from which he’s totally recovered,” said Mourinho.

“But with his accumulation of work his feelings are not the best at the moment, a little bit of some back pain, so he’s had to stop working the way he was doing. So not for this match.”

Mourinho could also drop Gareth Bale for this game.

The Welshman has scored six times in as many matches, but he could be rested against the Croatian side, having played three league games last week.