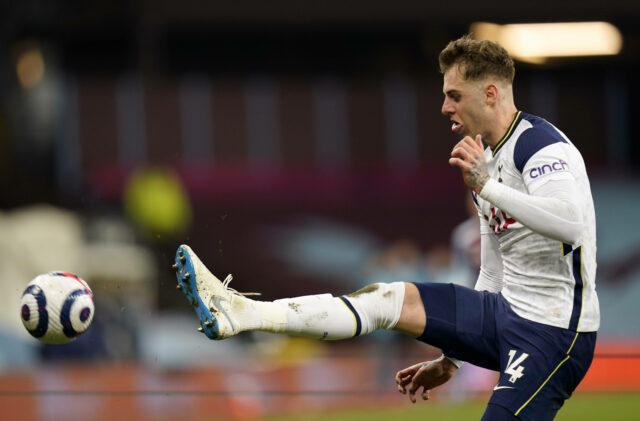 Tottenham Hotspur returned to winning ways after beating Aston Villa 2-0 in the Premier League on Sunday.

The past week was hugely disappointing for Spurs. First, they lost the north London derby against Arsenal and then bowed out of the Europa League despite taking a 2-0 advantage over Dinamo Zagreb in the first leg.

It fuelled speculation in the media about Jose Mourinho’s management, with several outlets claiming that the Portuguese boss could be sacked in the summer.

The only way Mourinho can salvage his job and pride is by taking Spurs into the top-four and win the Carabao Cup if possible.

The victory against Villa was exactly the kind of reaction Mourinho wanted to see from his players.

He made seven changes from the side that lost against Dinamo. Japhet Tanganga and Joe Rodon played in defence, while Carlos Vinicius made only his second Premier League start.

Vinicius scored the opening goal for Spurs, while Harry Kane added another in the second half. Lucas Moura was outstanding for Spurs.

“I need people on the pitch that I know the match is really important for them – Tanganga and Rodon are these kind of players,” said Mourinho to football.london.

“This kind of positivity is something that the team needed. I think it was good. The two best defenders on our team were Harry Kane and Vinicius.

“A guy coming from the bench like Sissoko to play eight minutes, and to give it all in this eight minutes. This kind of situation is the next challenge for myself as a coach. But I think is more of a challenge for them. For them as a group.”

In other news, Mourinho has suggested that he was not interested in reading or listening to any comments after the Europa League exit and didn’t listen to what Hugo Lloris said after the game.