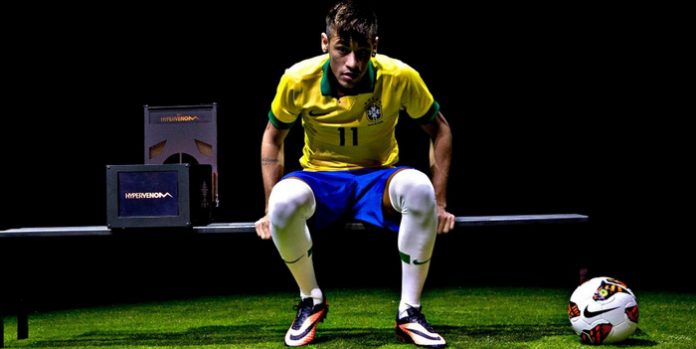 Manchester United are looking to strengthen their attacking department at the end of this season if recent reports are to be believed.

Apparently, the Old Trafford outfit want to sign the Barcelona superstar Neymar and Jose Mourinho has already called the player regarding the move.

Spanish newspaper Sport are reporting that Mourinho has always admired the Brazilian winger. Apparently, United’s frontline is too predictable and therefore they want Neymar to add some magic to it.

The report adds that Mourinho personally called Neymar a few weeks ago and is in touch with the player regularly in order to convince him to leave Barcelona at the end of this season. The Portuguese manager understands that his side are too reliant on Ibrahimovic.

Sport are claiming that Mourinho has already explained to Neymar how his career could improve after a move to Manchester United.

There is no doubt that Neymar would cost a world record fee, but it seems that Manchester United are ready to fork out that kind of money. The Old Trafford’s outfit’s financial muscle is beyond doubt.

Neymar has been sensational for Barcelona ever since he joined them from Santos. He had a phenomenal start at Camp Nou scoring 70 goals in 100 games between 2014 and 2016. Neymar has also scored 50 goals in 75 games for his country.

The 25-year-old recently signed a new deal with a release clause of £180 million. Daily Mirror are reporting that Woodward is ready to back the manager as he aims to take Manchester United back to the top of English football.