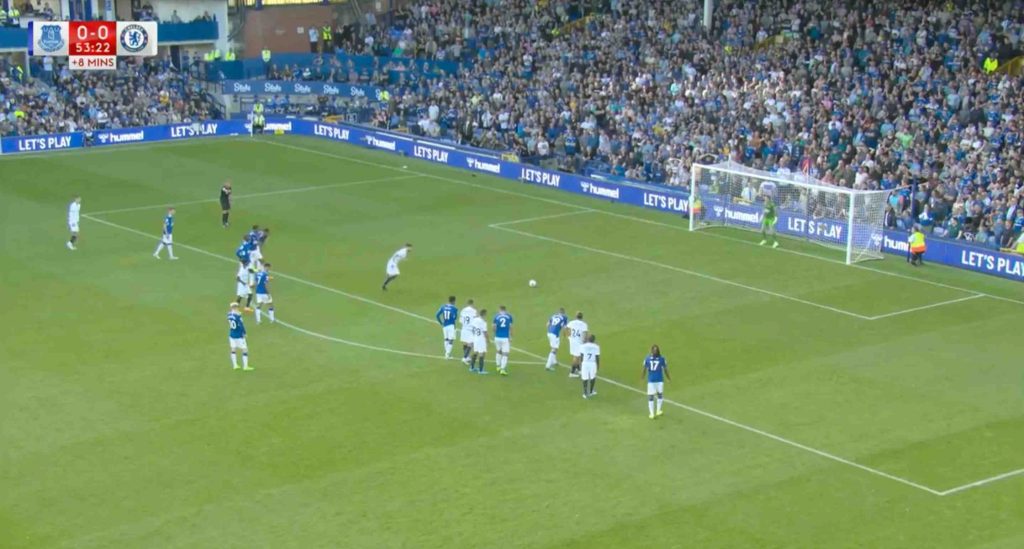 Jorginho scored a trademark opener for Chelsea from the spot to put Thomas Tuchel’s side 1-0 up against Everton on the Premier League’s opening weekend.

Jorginho, who won Euro 2020 with Italy despite missing a penalty in the shootout against England in the final, has 21 goals in 127 league appearances for the Blues.

As a tense first-half came to an end, Chelsea’s pressure was rewarded when a surging Ben Chilwell was taken down by Abdoulaye Doucoure inside the box and Craig Pawson pointed to the spot.

Thomas Tuchel’s side have an opportunity to go top of the Premier League table with a win on Saturday night, and can take advantage of Liverpool dropping points against Fulham earlier on the day.

You can check out out the latest football betting sites to bet on Chelsea this season here!