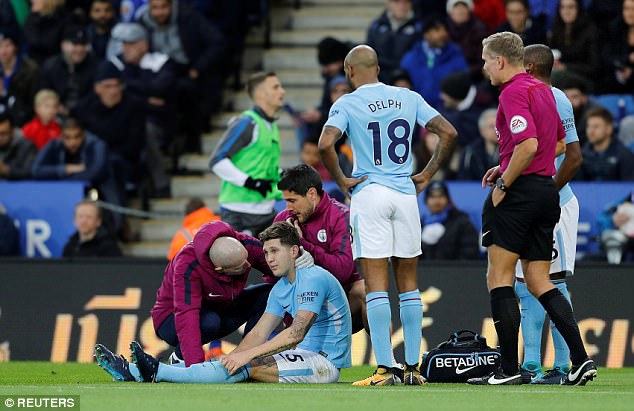 Manchester City defender John Stones has opened up about his disappointment regarding the lack of first-team football.

The former Everton defender started the season very well for the Etihad outfit but he has lost his first-team place following a hamstring injury in November.

Stones has lost his first team place to Vincent Kompany and it will be interesting to see whether the England international can reclaim his starting berth anytime soon.

The 23-year-old is one of the most talented young defenders in the game but there is fierce competition for places at Manchester City.

Pep Guardiola’s men are cruising to the title right now and Stones understands that it is not easy to change a winning combination.

It is clear that Stones will have to make a big impression in training now.

The young centre-back believes that he has the backing of his manager and that’s the most important thing for him. Furthermore, he also revealed that he has already won a trophy this season and therefore he cannot complain.

Speaking to Sky Sports, he said: “It’s difficult. Every player wants to play week-in, week-out. But I’ve had games here and there, I’ve been fighting and that’s all you can do. Train hard, keep working hard and when your chance comes you’ve got to take it and that’s what I’ve done. I’ve had the players’ backing and the manager’s backing. It’s one of those things where the team’s winning games and playing well, and you can’t get back in just like that. Still learning while I’m on the side-lines, that’s a massive thing. It’s tough, but I’ve got my first medal (City’s Carabao Cup victory) so I can’t complain.”