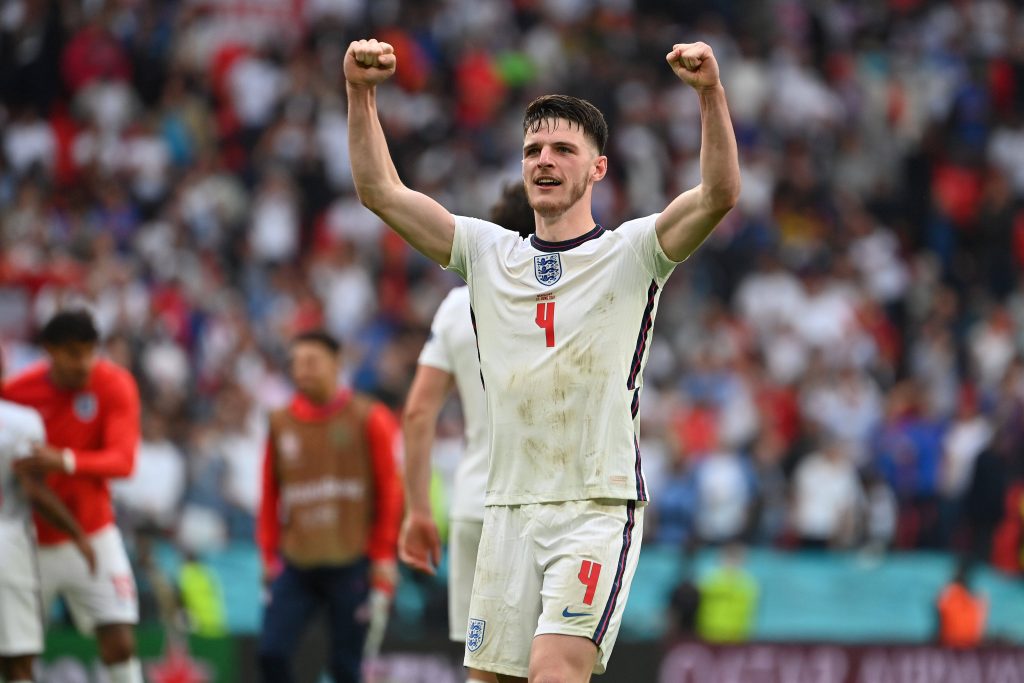 Former Liverpool winger John Barnes has suggested that Declan Rice would be a good fit for the Reds.

West Ham United will need to make a decision on Rice, who has rejected two contract offer extensions at the club.

The 22-year-old, who has impressed heavily for England at the European Championships, wants to test himself at a bigger club.

Rice has three years left on his current contract, plus an extra 12 months to run, and West Ham are expected to demand around £100 million for him.

He has been linked to Manchester United, but Barnes feels that Rice would be perfect for Liverpool.

“There have been suggestions that Declan Rice is a target for Liverpool, and he would be a good fit for them,” said Barnes, as quoted by The Sun.

“Liverpool like central midfield players who work hard. Declan Rice isn’t going to come in and score lots of goals.

“He’s not going to be creative, he’s not a midfield player like David Silva, Kevin De Bruyne or Ilkay Gundogan, but Liverpool don’t need that.

“The kind of players Liverpool need are players like Rice or Yves Bissouma, hard-working midfield players who get the ball forward, make tackles, win the ball and keep it quite simple.

“He’s similar to Jordan Henderson in that way. So if he wants to come to Liverpool, he has the right profile for them.”

Liverpool need a new midfielder this summer, with the club checking on options to fill the void left by Gini Wijnaldum.

Rice is a quality central midfielder and would be a good fit for any top Premier League club.

However, Liverpool are highly unlikely to move for him.

The Reds won’t pay such a high transfer fee for a player when good alternatives are available elsewhere.