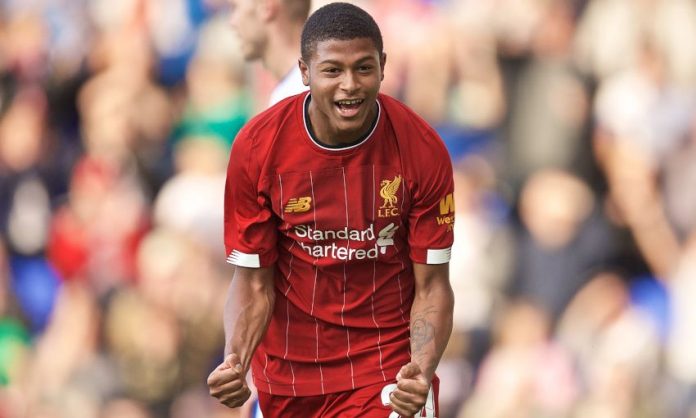 John Barnes has suggested on Bonus Code Bets that Rhian Brewster should leave Liverpool amid reported interest from Leeds United and Sheffield United.

The former Liverpool star believes that if Brewster cannot get regular playing time at Anfield this season, then he should look to leave for another club this summer.

According to The Sheffield Star, Sheffield United want to sign the 20-year-old striker, while their Yorkshire rivals Leeds hold an interest in the youngster, according to 90min.

“If the centre-forward gets injured, they obviously don’t feel like he would be the right replacement. However, it is also a good thing for the player.

“If he feels like he is not going to play regular football at Liverpool, it is right for him to want to move in order to play each week. Rather than waiting at the club, hoping to get game time, it is good that he can look to find a home for himself at a club where he will play regularly and then maybe a few years down the line, Liverpool try to buy him for £50m.

“Rhian Brewster moving away will be good for both parties, and he can evolve into an even better player over the next few seasons.

“Regarding, where he may move to, you have to look at what other Premier League clubs are looking for. Clubs will want a proven international player from abroad who could cost £30m, rather than someone who has not performed at a top six club, especially if you are a club in the bottom half of the Premier League table.”

Brewster did well during his loan spell at Swansea City last season, and the 20-year-old is ready to take the next step in his career and move to a club in the Premier League.

The Reds have a very strong attacking unit, and the front-three of Sadio Mane, Roberto Firmino and Mohamed Salah simply cannot be broken anytime soon.

However, the Englishman should not leave Liverpool for good and instead should go out on loan, as he can still have a long-term future at Anfield. After all, he is only 20 years of age now.

Both Sheffield United and Leeds are big and ambitious clubs, and the Yorkshire rivals could do with a striker such as Brewster.