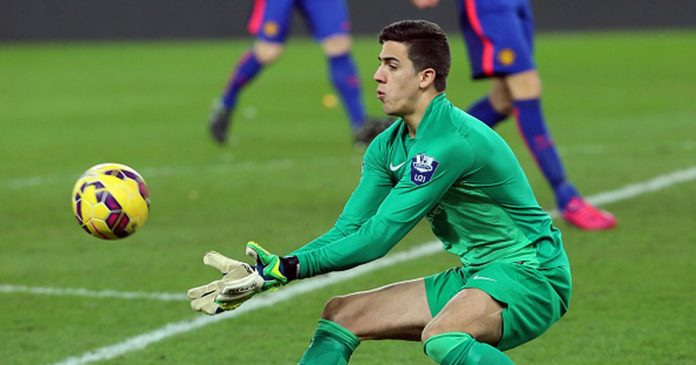 Manchester United keeper Joel Pereira has finally confirmed that he is heading back to Old Trafford now that his loan spell at Belenenses has been cut short.

The 20-year-old Portuguese shot-stopper was sent out on loan to gain valuable first-team experience, but since Sam Johnstone is set to go out on loan, Mourinho has decided that Pereira will be the club’s third choice keeper now for the rest of this season. The Portuguese manager personally requested United to bring him back.

The Portuguese keeper thanked his coaches, the club president and his teammates for their help in making him a better player and revealed that he is looking forward to returning to Manchester United and working with his new teammates.

Pereira said (as quoted by Sportwitness):

I’d like to thank everyone at Belenenses who helped me to develop my game and become a better player. From the president to the coaches, all my teammates, I really appreciate the opportunity that was given to me. It was a great experience to be able to play for such a traditional club from the Portuguese league and be capable of helping the team to get good results. As I’m a Manchester United player, I need to do what my club asks and I’m anxious to return to Manchester and keep working hard with my teammates.

Pereira is regarded as a top-class talent at Old Trafford. After witnessing his performances with Belenenses, the Red Devils are probably convinced about his fantastic potential. His performances in Portugal attracted the interest of clubs like Benfica. It will be interesting to see if United decide to send him out on loan at the end of this season again. There is no way he can fulfill his potential at Old Trafford, as long as David De Gea is at the club.