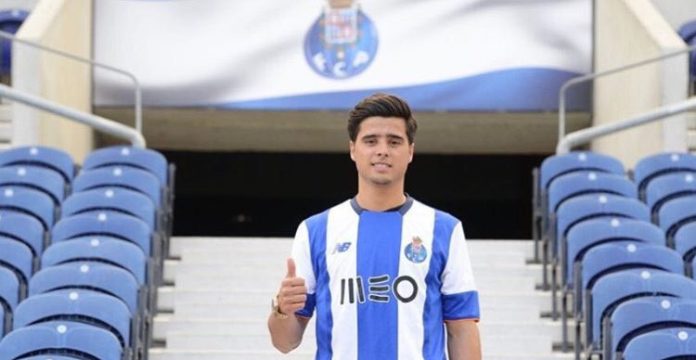 Liverpool midfielder Joao Carlos Teixeira has been linked with a move away from Anfield over the last few months and the player has now confirmed that he has left the Premier League giants for Porto.

The 23-year-old midfielder joined Liverpool from Sporting Lisbon back in 2012 and has failed to develop as expected. Injuries stalled his progress and Teixeira never really managed to impress Klopp or Rodgers.

The Portuguese midfielder will now return to Portugal after penning a long term deal with the Portuguese giants.

João Teixeira to Porto all but done, after the midfielder rejected to renew with Liverpool. 5-year deal, reportedly. pic.twitter.com/JG39HmiP9r

Teixeira’s contract with Liverpool expires later this month and Liverpool Echo have confirmed that he has rejected the club’s offer of an extension due to his desire to play regular first-team football.

The player has confirmed his transfer to Porto : “I am from the north and to wear blue and white has always been a dream for me,” Teixeira said.

“Now I can work at my club in my region and my country.”

“I had other offers but do not want anything other than to wear blue and white.”

The Portugal Under-21s international will look to kick start his career with regular football at Porto now. He made his senior Liverpool debut against Fulham back in 2014 and then went on to make eight first-team appearances and scored one goal – against Exeter City in the FA Cup earlier this year.

Porto have now confirmed the transfer as well.