The Frenchman’s mistake allowed the Reds to win the game right at the end yesterday and Spurs fans will be very frustrated.

The Londoners played well in the second half and they could have won the game. Instead, they had to come away empty handed.

Lloris has been very inconsistent over the last year and he needs to sort out his form if he wants to keep starting for Tottenham. 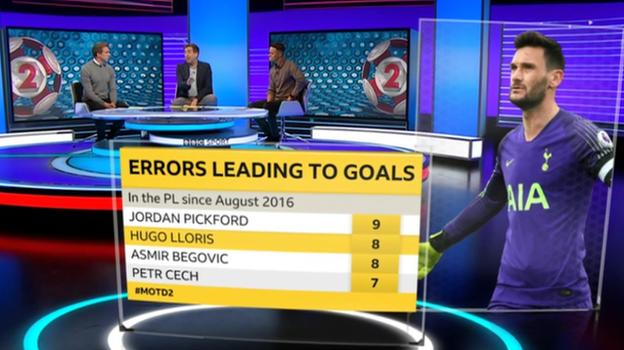 Jenas said to BBC that the Tottenham captain has let his team down too many times now and Gazzaniga should get a chance now.

He said: “It was just not acceptable and in the situation Spurs are in, chasing a top-four place, they needed better from their captain. You cannot legislate for mistakes like that from your goalkeeper, but Lloris has been making them for a couple of seasons now.”

Jenas added that he would start Gazzaniga against Crystal Palace.

“Lloris seems to have a reputation based on what he has done in the past that is bigger and better than his current level, and that is a difficult scenario for his manager to deal with. But I don’t think Pochettino will be afraid of dropping Lloris, and what might make it easier for him is having Paulo Gazzaniga as his back-up. Gazzaniga has played a few games for Spurs this season – 10 in total in all competitions – and has been brilliant every time I’ve seen him. He is probably thinking “it is time for me to get my opportunity” and I think he should do. As ruthless as it sounds, if I was Pochettino I would seriously be considering starting the Argentina international in Wednesday’s game against Crystal Palace.”

Lloris has saved Spurs on countless occasions but perhaps it is the right time to look for an upgrade. The 32-year-old is not getting any younger and he is clearly on the decline.

It will be interesting to see if Pochettino moves for another keeper in the summer.

100% get @GazzanigaPaulo in starting XI

Jenas is spot on