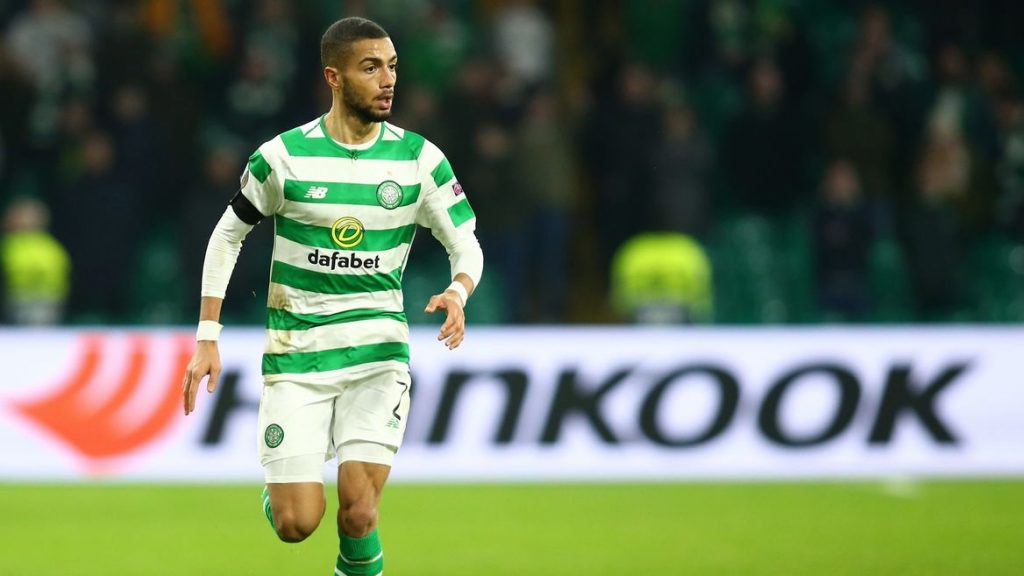 Celtic are facing an uphill task of winning their Europa League knock-out tie against Valencia.

The Bhoys suffered a 2-0 defeat against Los Che in the first leg at Parkhead, and they will have to produce a top class performance in order to beat the La Liga outfit.

While Valencia are hot favourite to progress through to the next round, Celtic defender Jeremy Toljan is confident that his side can still cause an upset.

The 24-year-old full-back, who joined Celtic on loan from Borussia Dortmund in January, has said that if they can score the opening goal, they can put pressure back on Valencia.

He added that the players will go into the match with a positive frame of mind, and that he genuinely believes Celtic can score in the away leg.

Toljan has praised James Forrest, Oliver Burke and Scott Sinclair, saying Celtic have good forwards who are capable of scoring at Mestella.

“But maybe this is the time.  Hopefully, we can go there and score an early goal, which will give us a chance,” said Toljan, as quoted by the Scottish Sun.

“We started last week’s game very well but if you make basic mistakes at this level then it can cost you.

“Like I say, though, mistakes against a side as good as they were will cost you the game. It was an open game but they didn’t cut us open or have many chances. However, if we score first at the Mestalla we will see what happens.

“If we can do that, then maybe that will affect them mentally and they will start to think about what might happen next — because you never know in football.”

The defender has made a big impact since arriving on loan and Celtic fans will be impressed with his optimism ahead of the second leg.