Jenas says Tottenham are ‘lacking a general’ like Terry 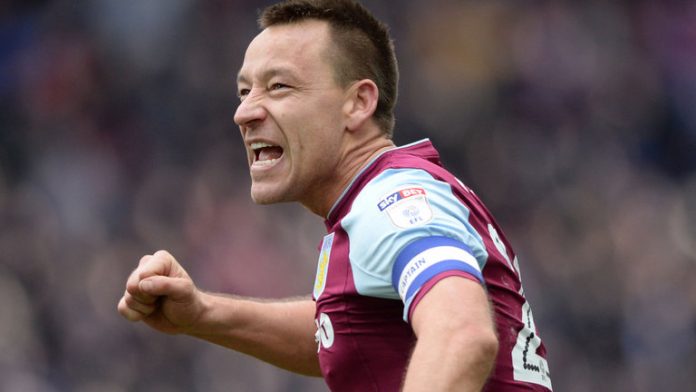 Jermaine Jenas believes Tottenham are “lacking a general” like Aston Villa’s “general” John Terry. The 37-year-old retired in order to take his first steps into coaching and re-joined the Midlands outfit as an assistant to manager Dean Smith. Terry made 36 appearances for Villa in 2017/18, wearing the captain’s armband and nearly steering them to promotion, and Jenas believes Tottenham desperate need a similar influence to spur them on to success.

Writing in a column for the Daily Mail, Jenas said: “At the moment, I think (Tottenham) are lacking generals, the likes of John Terry and Frank Lampard when at Chelsea or Roy Keane and Rio Ferdinand in Manchester United’s great era or Fernandinho and David Silva at Manchester City now – experienced players whose mentality won’t waver under pressure.”

Terry made 702 appearances in all competitions for Chelsea after rising through the youth ranks to their first-team in 1999. The England international, who represented his country on 78 occasions, won five Premier League titles, four FA Cups, three League Cups, one Champions League and one Europa League crown before his departure in 2017.

He’s certainly a player with a solid mentality and played a big part in Villa’s near-promotion last season. The club were keen to get him back in any capacity and now his influence can spread to the coaches too. He’s been scouting opposing sides and being hands-on in training, which should get the best of the players.