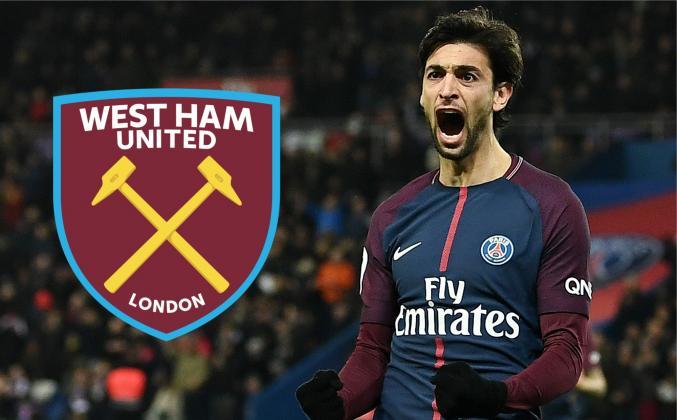 West Ham United are showing keen interest in signing Pastore from French giants PSG in the summer transfer window, according to Sky Sports.

The Hammers are reportedly in talks with the French champions over a deal for the Argentine that would cost about £17.5 million.

The French champions could be willing to sell the Argentine midfielder, who has made 29 appearances for his country till date.

Pastore would be a cracker of a signing for the Hammers. He is arguably one of the best attacking midfielders in the world, and is a world class player.

He is a proven winner and has won the Ligue 1 title five times in his career so far.

In recent seasons, he hasn’t played much through injuries and competition for places, but has always shown his class whenever he has taken the field.

He will come with a strong pedigree and expectations from him will be very high.

Pastore would be a massive coup for West Ham, and given the price tag, which is a bargain for a player of his quality, the Hammers must do everything to sign him this summer.