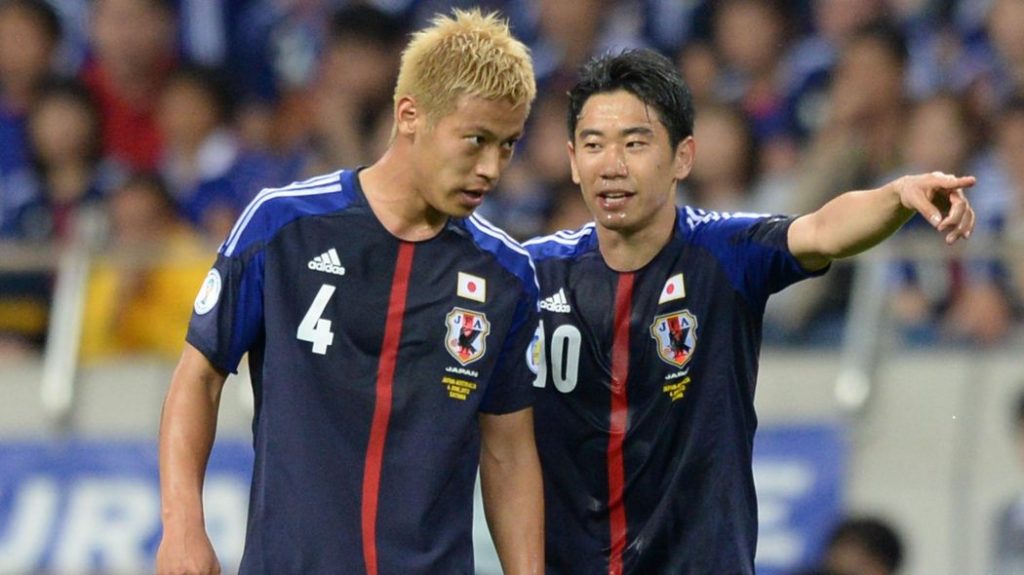 Ready to compete in their sixth consecutive World Cup, Japan have become an Asian powerhouse and a team capable of causing an upset in Russia.

Having made it through their group in two of the last five outings at the tournament, progression from Group H will be the objective again this time round.

Such is the development of the Japanese game in recent years, only eight of the 23-man World Cup squad play their club football in the Asian nation.

Apart from Keisuke Honda, who is on the books of Mexican side Pachuca, the remainder ply their trades in Europe – with the majority in Germany.

A handful of important players will be key to Japan’s chances of success.

There are plenty of players with calibre and European club experience that have been deemed surplus to requirements.

These include Arsenal striker Takuma Asano, who has been tipped to be a key man in the national side but has returned just three goals in 17 outings for Japan.

Experienced midfielder Hiroshi Kiyotake will not feature due to injury, while Leeds United’s Yosuke Ideguchi was cut from the preliminary squad.

A respected football man in his homeland, Nishino had not been a hands-on coaching for three years before replacing the sacked Vahid Halilhodzic in April.

The short amount of time that the 63-year-old has had with the squad will make it all the more difficult for Japan to make an impact in Russia.

Nishino has had success at club level in Japan but making the step up will be taxing – friendly results of late have not been positive.

Japan will have to defend with vigour against three able Group H opponents and could operate with a back three if their recent 2-0 defeat to Ghana is anything to go by.

This will unleash enterprising wing-backs, with Galatasaray’s Yuto Nagatomo a dangerous operator down the left.

While Honda is the creative fulcrum of the side and other attacking players have an important role to play, Japan will rely on the authority of captain Hasebe if they are to remain competitive.

The 34-year-old defensive midfielder is a leader on the pitch for his nation and will be tasked with organising the side when they are without the ball.

On the books of Eintracht Frankfurt after a successful career in the Bundesliga, Hasebe is ready to play in his third World Cup and will need to put in a defiant display that others in his team can replicate.

Shinji Okazaki will most-probably command the centre forward role, with Kagawa and Honda also highly likely to feature in the Japan starting XI.

However, Mainz attacker Muto has been identified as someone that can carry the torch once this ageing veteran trio hang up their international boots.

The 25-year-old netted eight Bundesliga goals in 2017-18 and could be a useful asset from the bench if Japan need a goal.

Over the last year, Japan’s results in international friendlies have been very concerning and unless something dramatically changes in Russia, the Asian nation will make an immediate exit.

Against able opponents, there is a possibility that the Japanese lose all of their games, despite the squad’s natural inclination to work hard for each other.