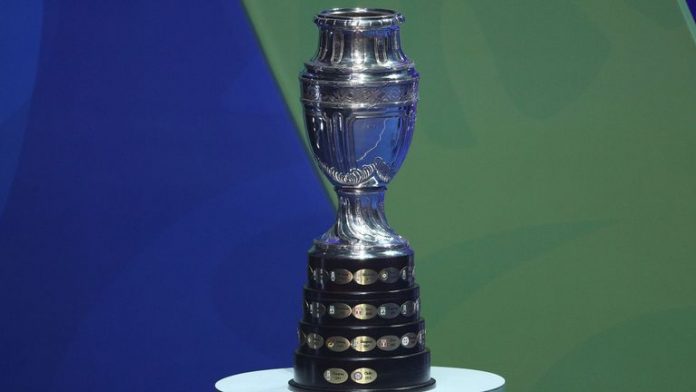 The Copa America is a men’s international football tournament contested between national teams from CONMEBOL.

Brazil will host the event in 2019 which will run from June 14 until July 7. This year’s tournament will be the final edition played during odd-numbered years and with 12 teams.

Starting in 2020, the Copa America will be held in the same year as similar tournaments such as the UEFA European Championship and will have 16 teams.

Read on as we provide you with an in-depth guide to the 2019 Copa America.

HISTORY OF THE COPA AMERICA

The Campeonato Sudamericano de Football held in Argentina in 1916 was the first edition of what is currently known as Copa America.

The hosts were joined by Brazil, Chile and Uruguay in the tournament, with the latter going on to claim the trophy.

Uruguay are the most successful team in the history of the competition, winning 15 of the 45 previous editions. Argentina (14) and Brazil (8) are next on the all-time list.

Chile won the title in 2015 and retained their crown the following year in a special edition of the tournament to celebrate its 100-year anniversary.

One quirk of the Copa America is that countries from other continents are usually invited to participate to make up the 12 teams needed for the current format.

Japan and Qatar have accepted invitations to play in this year’s tournament – the first time either nation has taken part in the Copa America.

The opening match will be held at the Estadio do Morumbi in Sao Paulo, while the semi-finals will be staged at the Arena do Gremio in Porto Alegre and Estadio Mineirao in Belo Horizonte. The famous Maracana Stadium in Rio de Janeiro will be the venue for the final.

The 12 teams for the 2019 Copa America have been drawn into three groups of four. The winners and runners-up of each group and the two best third-placed teams advance to the quarter-finals. The groups are as follows:

The group stage is a single round robin, with the knockout rounds single elimination matches. The knockout stage features quarter-finals, semi-finals, a third-place play-off and a final.

In the quarter-finals extra-time is not played, with the match decided by a penalty shoot-out. In the semi-finals, third place play-off and final, extra-time is played.

If still tied after extra-time, the match is decided by a penalty shoot-out. A fourth substitute will be allowed for each team from the semi-finals onwards.

Many broadcasters around the world will offer live online screening of games throughout the Copa America.

In the United Kingdom, Premier Sports has retained the rights to broadcast the 26 matches from Brazil across its two channels.

The 2019 Copa America will be sponsored by some major brands including Brahma, Mastercard, GOL and TCL.

Brazil are hosting their first Copa America since 1989 and they are big favourites to win the trophy for the first time in 12 years.

However, they have flattered to deceive in major tournaments since that success and the weight of expectation could hinder their chances this summer.

Argentina have reached the last two finals of the competition, losing out on penalties to Chile on each occasion.

Barcelona star Lionel Messi will be the key to Argentina’s hopes as he bids to finally secure a major trophy with the national team.

Uruguay are strong defensively, while the likes of Luis Suarez and Edinson Cavani give them one of the most potent strike pairings in the tournament.

Colombia have a strong looking squad, but their record of just one Copa America success in 2001 is a cause for concern.

Chile are chasing a hat-trick of titles, although that feat has only been achieved once in the history of the competition by Argentina from 1945-47.