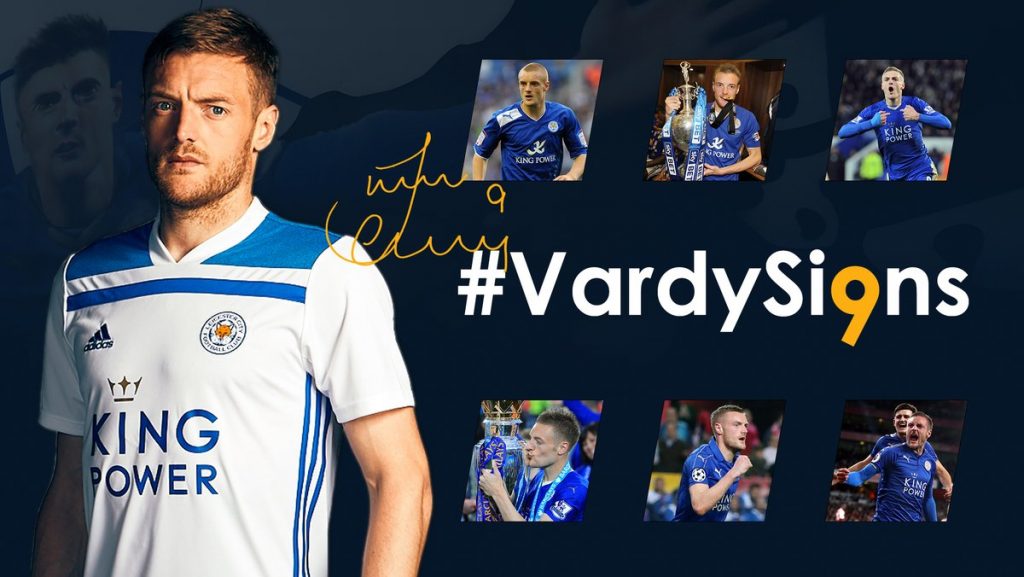 Leicester City have agreed on a new deal with their star striker Jamie Vardy.

The 31-year-old has signed a deal that will keep him at the club until the summer of 2022.

Vardy has been a key player for the Foxes ever since they returned to the Premier League and the fans will be delighted to see that their talisman has committed his future to the club.

Leicester City lost Riyad Mahrez to Manchester City this summer and it was important to keep the other key players at the club.

Vardy has scored 88 goals since joining the Foxes from Fleetwood and he is their 10th all-time top scorer.

The England international was instrumental in their title win back in 2015/16 season. Vardy managed to score 24 times that year, including in 11 consecutive Premier League games, breaking Ruud Van Nistelrooy’s record of 10.

Having signed the new deal, Vardy revealed the affection he has towards the club. He also confirmed that he is delighted to be a part of Leicester City for another four years.

He said: “The journey that me, the team and the Club have been on in the past few years has been incredible. Going into the new season, it’s an exciting time for Leicester City and I’m delighted to be part of it.”

Here is how some of the fans reacted to the news on Twitter.

A decade of the legendary Vardy Lad #Result

Get in!! What a way to top off a fantastic transfer window. Congratulations Jamie!!

I just fucking love him

Today has been a good day

Great end to a great day!!?

The Vardy party continues!! Cheering you on from Minnesota!