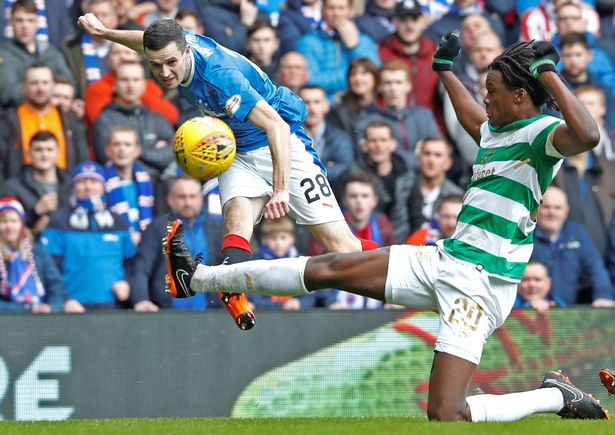 Brighton winger Jamie Murphy has revealed that he intends to join Rangers permanently in the summer.

The 28-year-old joined the Scottish giants on loan earlier in January and he is already looking forward to playing at the Ibrox stadium next season as well. Murphy has claimed that he is already a Rangers player in his mind.

He said: “I expect to be here next  season, absolutely. I’m already a Rangers player in my mind. Everyone knew how much I wanted this when I got the opportunity and to be fair the manager was great at Brighton – he knew I wanted to come here.”

According to Daily Record, a deal has been agreed between Rangers and Brighton for the 28-year-old and the transfer will be concluded in the summer.

Murphy will add more goals and experience to the Rangers attack and the fans will be delighted to see that the winger is fully committed to the club.

Apparently, the 28-year-old was a boyhood fan of Rangers and it has always been his dream to play for them.

He added: “I dreamed about playing for Rangers when I was a kid. I grew up 15 minutes away from the training ground and it’s great to get the chance to see some  legends coming in to visit. Richard Gough was in getting his breakfast on Friday and Michael Mols was in the other day. I had a room full of  photos when I was a kid. The Nine-in-a-Row team were my heroes.”

Murphy has scored 3 goals in 8 appearances for Rangers so far and he will be hoping to make a big impression next season. The Scottish winger is in his peak right now and he could prove to be a key player for Rangers next year.