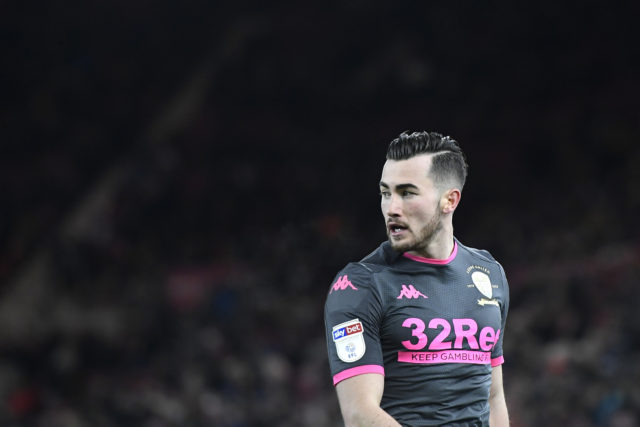 Jack Harrison has stated his desire to play in the Premier League this season.

The 23-year-old impressed heavily on loan last season at Leeds United from Manchester City. Marcelo Bielsa managed to get him on loan in the summer once more, and he has been simply outstanding this season for the Whites.

He has made 37 Championship appearances this season for the Yorkshire club, scoring five goals and providing seven assists. He has improved a lot this season and has been very consistent for Bielsa’s side.

The winger has helped Leeds climb to the top spot in the Championship before the football suspension. He told ESPN FC that he wishes to play in the Premier League, be it for Leeds or for Manchester City.

“Me, myself, I want to do everything I can to help them get to the Premier League and hopefully I can still be with them next season,” said Harrison to ESPN FC.

“As a player, I always want to play at the highest level and push myself to the limit. I am not opposed to going back to Man City if that’s what’s required of me, if that’s what is wanted. I have to be ambitious as a player as well.

“If it’s playing with Man City or wherever, or with Leeds in the Premiership next season, I’m going to try and play my best wherever it is. We’ll just have to see what happens I think.”

Leeds are one of the favourites to secure promotion this season, and their chances of signing Harrison permanently will increase if they manage to do so. When he was signed on loan for the second time, there was a clause inserted in his contract, where Leeds can get him on board permanently by paying £8 million.

To be fair, it would be a bargain signing for Leeds if they get into the Premier League. Manchester City have loads of talented world-class players in Harrison’s position, and therefore it would be wise of him to join Leeds if they achieve promotion at the end of the season.

Leeds fans will be happy to hear such comments from Harrison. They would love the fact that he is ambitious and wants to achieve his dream with Leeds.