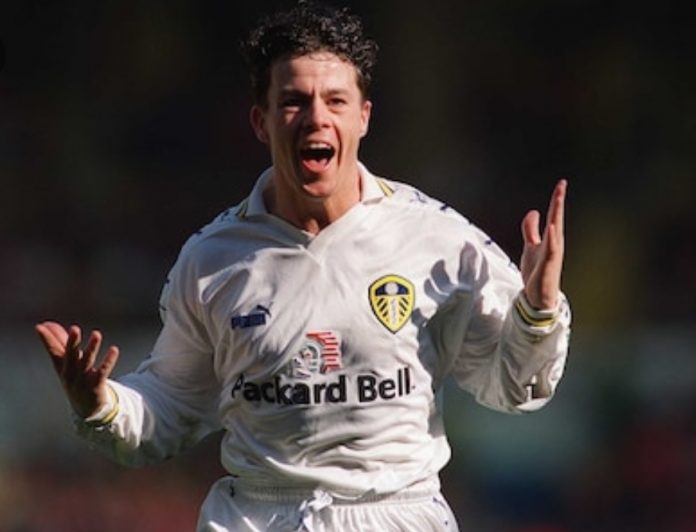 The agent of young whizzkid Jack Clarke has rubbished rumours of the youngster leaving Elland Road by replying to a comment on Twitter.

The 18-year-olds’ agent is none other than former Leeds hero Ian Harte. The Irishman started his career at The Whites, spending eight-years in Yorkshire, amassing 288-appearances.

Harte responded to a tweet about Clarke being at the club for the promotion chasers top of the table clash with Norwich City, early next month.

Harte’s tweet was originally in reference to the game, with him looking forward to catching up with former team-mate Michael Bridges.

The full exchange of tweets… 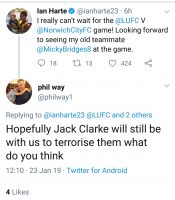 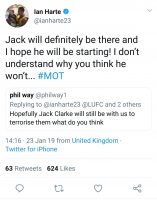 It’s obvious Harte has Leeds running through his veins. It’s highly unlikely he would help a young footballer with a bright future make a rash decision.

Even though he is first and foremost an agent. It must be warming for Leeds fans to know he is in good hands.

Clarke has shot to fame this season, impressing at every game. The forward has attracted Premier League interest, including Manchester United, Tottenham Arsenal, Manchester City and Chelsea.

The speculation has left United fans worried, but Harte looks to have nipped the rumours in bud for now.

Clarke will be hoping to play a huge part during the rest of the season as Leeds look to return to the Premier League for the first time since 2004.