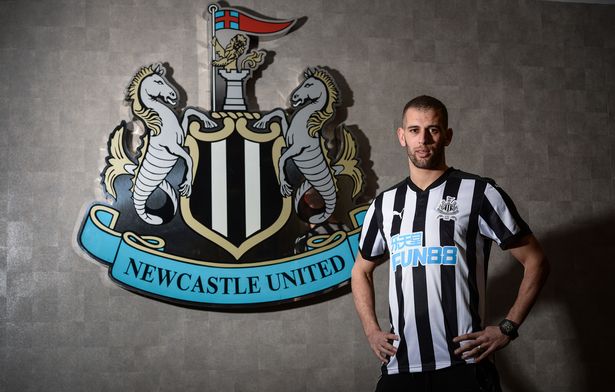 The Algerian joined the Magpies on loan in January and he is happy with life at Newcastle so far.

The 29-year-old striker believes that he has the trust of Rafa Benitez and that will help him rediscover his form in the Premier League.

When asked about a permanent move to Newcastle, the player said: “Yes, yes. I’m just on loan at the minute but if I could stay here I’d be very happy, so let’s see how it goes. My objective is to score goals, give my best and really fight for this team. The big difference is that he (Benitez) trusts me and when you have the trust of your coach, that’s very important. They trusted me at Leicester, it’s not that I wasn’t trusted, I started well but then I was dogged by bad health and injuries. He (Benitez) phoned me and we had a good chat. There was a good feeling between us and it’s important to get a like this, to know you’re wanted by a big coach like him. I wanted to leave Leicester, I needed a fresh start. Newcastle’s a big club and it’s a good choice for me. A lot of clubs of got in touch but I’m pretty sure I made the right choice.”

Leicester paid £30m for Slimani back in 2016 after a break-out season with Sporting. The forward failed to deliver in at the King Power Stadium and his decision to move is perhaps the best for all parties.

It will be interesting to see whether Newcastle break the bank for the player in the summer now. Leicester will be looking to recoup most of the money they invested in the player. Slimani is 29 and it might not be a wise investment for the Magpies. The player will have to perform really well for the remainder of this season to earn a permanent move to St James’ Park.