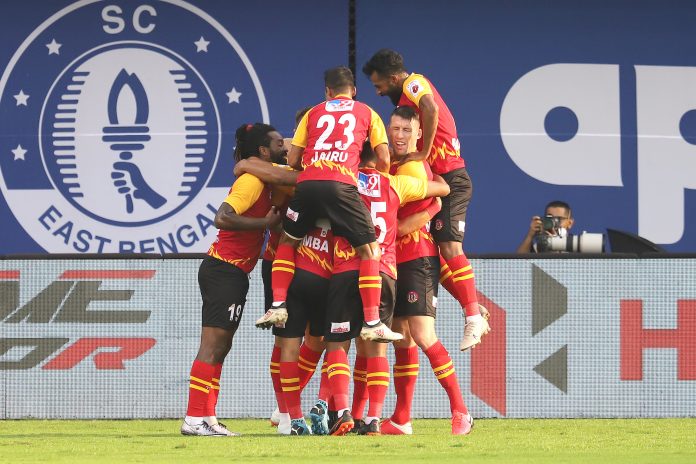 The ninth matchday of the Indian Super League took place on either side of the New Year, and it did feature some explosive action. Going by the standards the league has set so far this season, it was a low-scoring week, but certainly not devoid of excitement. Here are all the best bits from matchday 9:

For the first time in about a month, a goalkeeper wins our Player of the Week title. Arindam Bhattacharya certainly deserves it for a simply outstanding performance which saw him almost single-handedly rescue a point and keep a clean sheet for his side against ATK Mohun Bagan. The 31-year-old shot-stopper made 7 big saves, including 5 off shots from inside the box and our Save of the Week, and won 2 aerial duels in a stellar display.

Our Young Player of the Week for matchday 9 is Jamshedpur FC’s Laldinliana Renthlei, who did an admirable job of shutting Sunil Chhetri down and played a key part in the buildup to Stephen Eze’s goal. The 22-year-old full-back completed 94% of his passes, attempted 5 crosses and 3 dribbles, and made 3 interceptions.

After scoring for the second time in two games and helping his side keep a clean sheet, Stephen Eze easily finds a spot in our Team of the Week. The Nigerian centre-back was great in defence too, as he made 7 clearances, 6 interceptions, won 5 duels and blocked 2 shots.

The man in the middle of our back-three is Chennaiyin FC’s Eli Sabiá, who worked very hard to get a clean sheet against ATK Mohun Bagan. The Brazilian defender won 8/8 duels, got 71 touches, made 5 clearances and 2 tackles and blocked a couple of shots in a strong defensive performance.

Enes Sipović has done a stellar job of keeping the likes of Igor Angulo and Idrissa Sylla quiet this season, and he made a fine addition to his collection by shutting down Roy Krishna. The Bosnian centre-back made 10 clearances, won 5/6 duels and maintained a passing accuracy of 77% in an solid showing.

Subasish Bose had a tough opponent against Chennaiyin FC in Rahim Ali, but he did a great job of keeping the young Indian forward quiet and help his side to a point. The 25-year-old defender got 49 touches, made 7 clearances, won 5 duels and delivered as many crosses in a good performance on the left flank.

Mumbai City had a field day in midfield in their match against Kerala Blasters, as you will see below. The first of their trio in our Team of the Week is Rowllin Borges, who was cruising alongside the more ball-playing Ahmed Jahouh. The Indian international got 61 touches, completed a whopping 96% of his passes, won 5/8 ground duels and made 4 tackles, 2 interceptions and 2 clearances.

Ahmed Jahouh must have been the happiest man on the pitch in his side’s clash against Kerala Blasters, as nobody in yellow managed to get anywhere near him. In a superb display in all aspects, the Moroccan midfielder got 89 touches, attempted 21 long balls, made 7 clearances, 5 tackles, as many interceptions and 2 key passes, and got an assist.

After taking our Player of the Month title for December, Hugo Boumous was at it again in his first match of 2021. Against Kerala Blasters, he scored a goal, got 42 touches, successfully completed 81% of his passes, won 7/10 duels, made 3 key passes, sent two shots on target and drew 5 fouls including 2 penalties, however, he did miss one.

East Bengal put three past Odisha FC, and the man who opened the scoring along with his tally for the season was Anthony Pilkington. He headed a long throw past the keeper to make it 1-0, and later on, even moved into central midfield to help cement the three points for his side. The ex-Norwich City man finished the match with 55 touches, a passing accuracy of 80%, 4 attempted shots and 2 dribbles.

East Bengal’s top-scorer this season added a third goal to his tally in his side’s clash against Odisha FC through a wonderful goal, which takes Goal of the Week too. The Congolese international had a great match as he completed 6/6 dribbles, got 36 touches, completed 89% of his passes, made 2 key passes and drew 4 fouls. 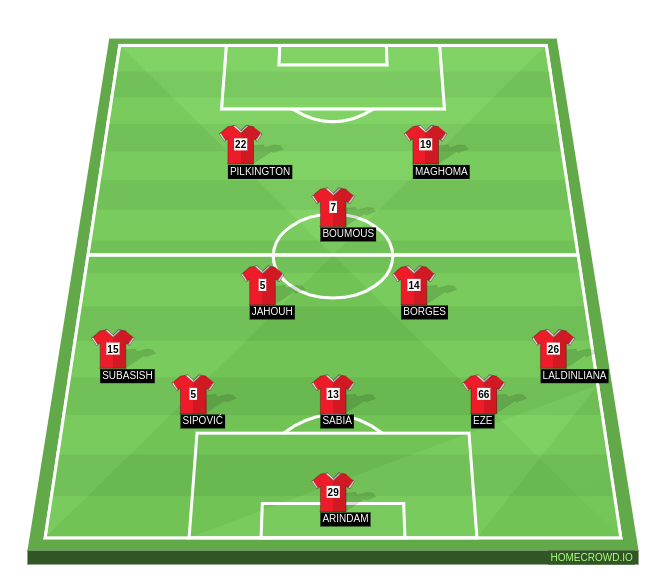 Robbie Fowler has faced a lot of frustrations in his time in India including some unfavourable refereeing decisions, poor decision-making from his players and late equalisers for opponents, but finally, he was a happy man after his side got their first win of the season against Odisha FC. The Red and Gold Brigade looked fluid in attack as they netted thrice, and although their defending was sub-par at best, they came away with the points, and that’s what matters to the manager at the end of the day.

East Bengal came away with a huge win over Odisha FC as aforementioned, and by far the best goal of that match was Jacques Maghoma’s strike to double his side’s lead. The Congolese international breezed past a couple of defenders on the left, decided to take the ball out wide and narrow his shooting angle, but thumped it home anyway with a powerful and precise finish.

There was no real competition for Ahmed Jahouh this week, as he sent a 74.6-metre pass en route to Assist of the Week. The Kerala Blasters defence was certainly sleeping, but what a ball this is from Ahmed Jahouh.

We saw some stunning goalkeeping performances this week, but the best of the lot also included the best save of the matchday. Reagan Singh was almost certain that he had picked out the bottom corner with this effort, but Arindam Bhattacharya somehow got a fingertip to it to ensure that it went wide.

Nerijus Valskis is not known to miss too many chances having won the Golden Boot in his first season in India, but he did fail to take a great chance against Bengaluru FC this week. Aniket Jadhav set him up brilliantly with a square ball, but he uncharacteristically skied his first-time shot.