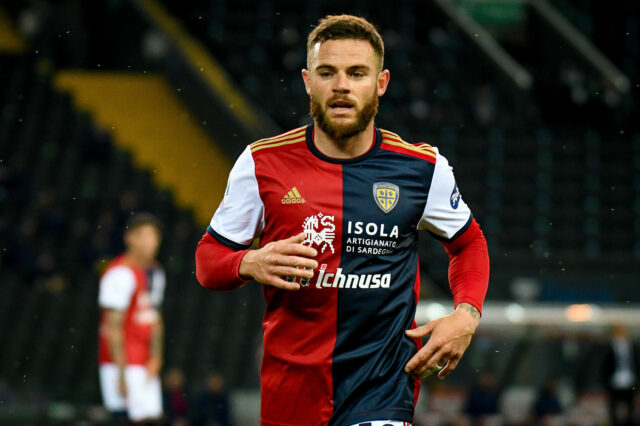 Inter Milan have opened talks to sign Nahitan Nandez on loan from Cagliari, according to transfer expert Fabrizio Romano.

The 25-year-old has been linked with a move away from the Italian club this summer, and Inter have now joined the race.

Cagliari want to sign Radja Nainggolan from Inter. They have also signed Dalbert from Inter on loan with an option to buy him permanently.

Inter are looking to use this opportunity and have entered into a discussion to sign Nandez.

Inter have opened talks with Cagliari to sign Nahitan Nández on loan. Cagliari want Nainggolan + signed Dalbert on loan with buy option after he turned down Trabzonspor. 🔵 #Inter

Inter have also asked for Alex Telles on loan – but Manchester United are still reclutant. 🔴 #MUFC

It would be a massive coup for the Serie A champions if they can sign the Uruguayan international on loan.

Nandez has been heavily linked with a move to Leeds United this summer, with several reports even claiming that a potential transfer is only a step away.

However, Cagliari are steadfast in the decision to stick with the player’s asking price, thought to be around €36 million (£31m).

It comes as a big surprise that they would be entertaining any talks regarding a loan move for their prized asset when they were unwilling to drop their asking price when Leeds entered negotiations.

Signing a midfielder is a priority for Leeds, as claimed by Phil Hay, and Nandez would be a top-class signing.

However, Inter are looking to scupper the plans by signing the player on loan.