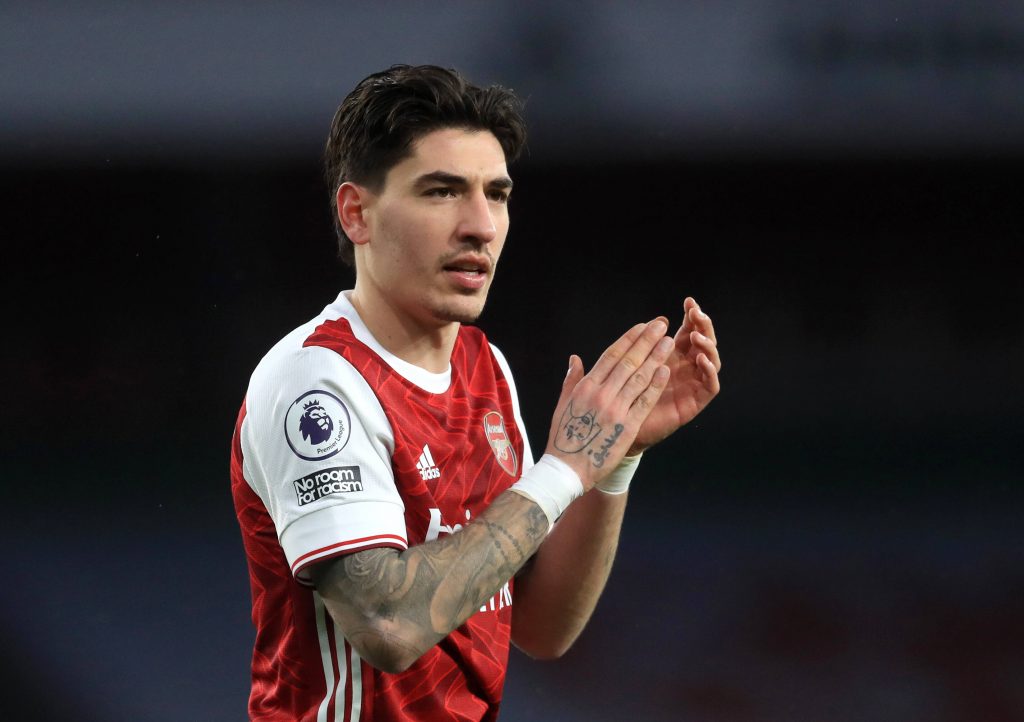 Inter Milan CEO Giuseppe Marotta has acknowledged that the club are interested in signing Hector Bellerin and Alex Telles from Arsenal and Manchester United respectively.

Bellerin fell down the pecking order during the back end of last season as Calum Chambers and Cedric Soares were preferred ahead of him for the right-back position.

Meanwhile, Telles had a frustrating debut campaign with the Red Devils as he played second fiddle to Luke Shaw for the left-back role in the Premier League.

Both players are assessing their options this summer, and it has been reported that Bellerin is keen on the prospect of joining the Nerazzurri during the transfer window.

In an interview with Sky Sport Italy, Marotta said that the Nerazzurri are following the situation of Bellerin while he also refused to rule out a move for Telles.

He added that the club are planning to keep their best players after sanctioning the sale of Achraf Hakimi to Paris Saint-Germain to ease their financial concerns.

He said: “Hector Bellerin is a player we’re following, but I can’t say more.

“Alex Telles? I can’t exclude this possibility, but we’re making our plans and we’ll see. We’re now planning to keep our best players after selling Hakimi.”

Bellerin was heavily linked with a move away from the Gunners last summer, but he reportedly had an agreement with Mikel Arteta to stay for another season.

Towards the second half of last season, he was used sparingly and was often ignored for the Premier League games, with Chambers getting the nod.

The Gunners are prepared to cash in on the Spaniard for around €20 million. They would accept an initial loan deal, provided there is an obligation to buy next summer.

Inter are only eyeing a purchase option that has stalled negotiations for now.

Telles remains a quality back-up choice for Shaw, but there could be the possibility of him leaving with the return of Diogo Dalot after his loan stint at AC Milan.

The Red Devils also have Brandon Williams, who can play at left-back. Inter are eyeing a new option for the left wing-back role after Ashley Young’s exit.

Telles, who is an attacking full-back by trade, could relish playing in the position. He made a stunning 25 goal contributions in his final campaign at Porto.

The Brazilian could not express himself with United last term but still managed four assists from 24 outings. He may push for an exit to secure regular game time.