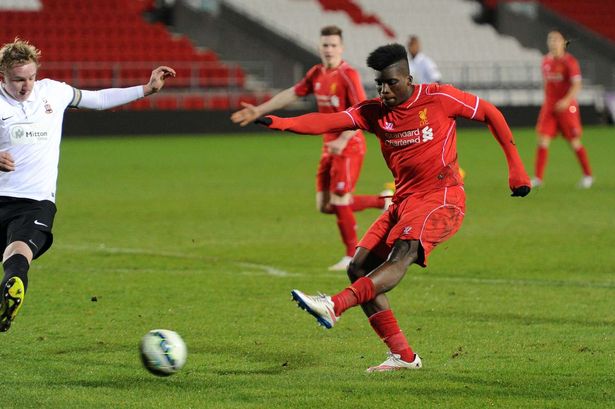 Fulham winger Sheyi Ojo has returned to training after recovering from his shoulder injury and the 20-year-old could make his first appearance since September against Derby.

The highly talented Liverpool winger is on loan at Craven Cottage right now and he has made just seven appearances for the Londoners so far. Ojo dislocated his shoulder during his side’s 2-1 win over QPR back in September.

The fans will be delighted with the news of Ojo’s return. The Liverpool winger’s pace and flair could be decisive against the Rams this week. Derby have conceded 19 goals in 15 league games so far and Ojo could run riot against them.

Fulham are in 17th place right now and they will be hoping to climb up the table with a win this weekend. Ojo’s return is well timed and the Liverpool winger can still make a big difference in Fulham’s season.

Fulham will want to secure promotion to the Premier League this season and players like Ojo could prove to be crucial. The young winger has impressed with Liverpool in the past and he certainly has the talent to shine in the Championship.

The 20-year-old will be hoping to put his injury problems behind him and perform on a consistent basis now.