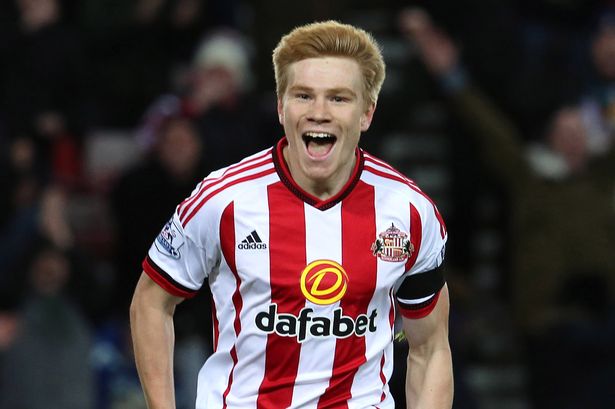 Sunderland fans are all too familiar with striker Duncan Watmore’s heartbreaking struggle with injuries.

The 23-year-old had to undergo a cruciate knee operation that will effectively keep him sidelined until next season. This latest setback came just days after returning from a similar injury that had kept him out for 10 months.

Watmore is the son of an ex Football Association chief executive and current England Rugby board member. Watmore Sr. has revealed that his son has received a get well soon letter from Spanish giants and 12-time European Cup winners Real Madrid. The letter is signed by the club’s director Emilio Butragueno on behalf of president Florentino Perez.

“If he was a world famous player maybe you’d expect it,” Watmore Sr. told the BBC. “It was totally out of the blue. What an incredible gesture.

“To get the letter was a total surprise but what an incredible gesture from a very classy club. It has given Duncan a real lift. He sent me a picture of it on WhatsApp as he left the training ground and I asked if I could tweet it.

Duncan went to rehab today to find this letter waiting for him. How classy is that from @realmadrid? I now hope they win the Champions League again! pic.twitter.com/0D4rLIw5Wc

“The reaction has been great. His situation is just awful really. We don’t know how long he will be out this time but I would be surprised if he is back before September or October next year.”

The Watmore family is still unaware of how Real Madrid got to know of Duncan’s injury. The 23-year-old had recently signed up for Manchester United midfielder Juan Mata’s ‘Common Goal’ project. Watmore Sr. suspects that the charity, being closely followed by the Spanish press, is how the club picked up on his son’s situation.

“Mata’s charity is followed very closely by the Spanish media, so I suspect Real Madrid have picked up on what happened to Duncan that way,” he said.

“Either that or Chris Coleman, his [Sunderland] manager, has said something to Gareth Bale through their relationship at the Wales international level. But for the club to think of him and send a letter is wonderful.”