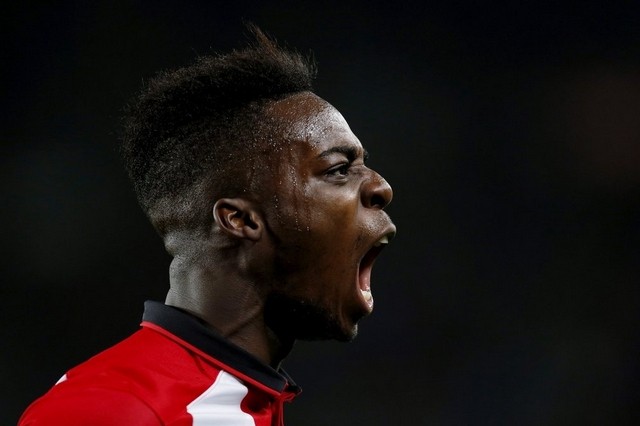 Athletic Bilbao forward Inaki Williams is being looked at by several European clubs following his impressive displays in La Liga.

Recently, the 22-year-old attacker was linked with a move to Premier League giants Liverpool. Jurgen Klopp‘s interest in signing a wide forward is no secret. The Reds have been linked with Pulisic and Brandt as well.

Speaking to the Spanish outlet Sportium, Williams confirmed that he is calm and happy at Bilbao. He also revealed that he feels privileged that Liverpool and other clubs are interested in him. If the Reds make an offer for him, Williams plans to speak to the Bilbao president about it.

Commenting on the supposed Liverpool interest, he said:

There’s a lot of news coming out, but I’m calm. If they look at me it’s because I’m doing things right. I am privileged. If I have to leave tomorrow, I will always be very honest with Athletic. They gave me everything. I don’t want to change air. It’s my first choice right now. If there are offers, I will go head to head with Athletic. It is my home. I have a contract running. The first thing I would do is talk to the President. He’s been very good to me. I’m where I want to be. I like the club, the companions, the city… I am happy in Bilbao.

The Bilbao forward is regarded as one of La Liga’s brightest prospects. His pace, flair, sharpness in front of the goal could be a major asset for Klopp. The 22-year-old’s playing style is quite similar to that of Sadio Mane.

Inaki Williams has 4 goals and 7 assists so far this season and is one of Bilbao’s best players. The young forward has a contract until 2021 and Liverpool might have to trigger his €50m release clause to sign him.