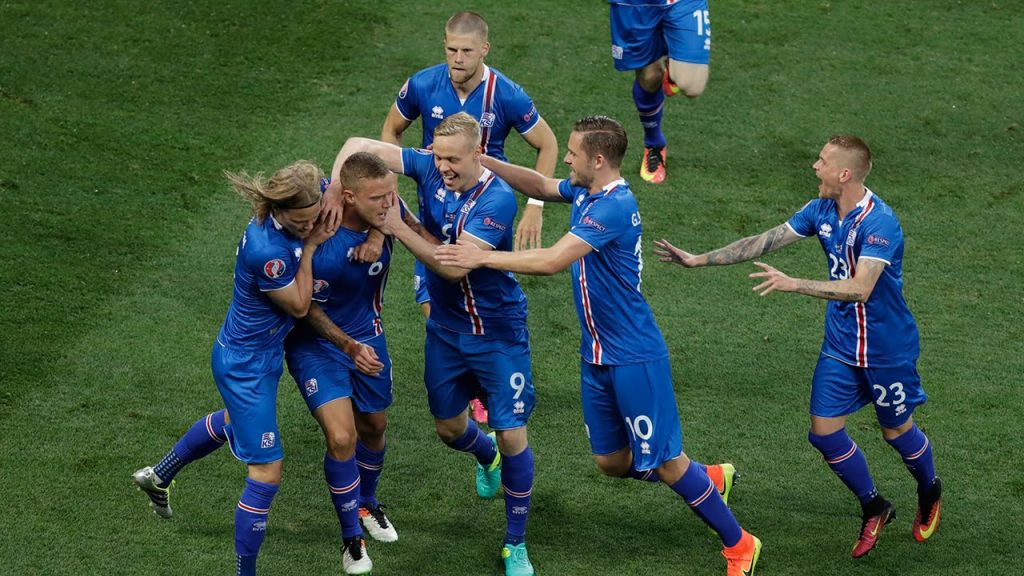 Iceland may have thought that they reached the zenith by progressing to the last eight of the European Championships two years ago, but they proved there are further heights to be scaled by making it through to the World Cup finals.

The minnows topped Group I in European qualification, ahead of the likes of Croatia, Turkey and Ukraine, but face an uphill struggle in what has been termed the ‘group of death’.

Nonetheless, people will be cheering on this tiny nation from across the world and we can all look forward to witnessing the iconic ‘Viking clap’ in Russia.

There were few surprises in here as Iceland keep together the main core of players that performed so heroically in France two years ago.

A smattering of English-based stars are joined by contributors from around Europe in a squad centred around togetherness and organisation.

The absence through injury of Kolbeinn Sigthorsson comes as a blow; the Nantes forward is his country’s second-top scorer with an impressive 22 from his 44 caps.

Iceland will be looking to the likes of Gylfi Sigurdsson and Alfred Finnbogason to fill the void but firepower will be a concern at the finals.

The manager (and dentist) who guided his side to a historic Euro 2016 quarter-final will again take charge in Russia this summer.

Hallgrimsson has cultivated an unrivalled team spirit within the Iceland camp and is already a hero in his home country.

If he can guide the team through Group D then it will stand as his greatest footballing achievement.

Don’t expect many tactical surprises from Iceland this summer; the Scandinavians will line up in a 4-4-2, or some slight variation on that, look to be organised and make the most of set pieces.

Captain Aron Gunnarsson’s long throws caused havoc at the Euros, particularly in knocking out England, and they will be a key feature once more in Russia.

This is a tried and tested formula and Hallgrimsson will see no need to change that even for the World Cup.

A poor season with Everton does not stop the playmaker being his country’s leading man.

Sigurdsson’s prowess with a dead ball makes him integral to the way Iceland play and he is the player that they turn to for inspiration in times of need.

A slight concern will be a knee injury sustained towards the end of the campaign, but his inclusion suggests that he should be fit to take part in the group stages.

It is hard to pick a wild card from a country that prides itself on working as a single, well-drilled organism, but Samuel Fridjonsson’s inclusion was one of the more surprising.

The former Reading midfielder has been quietly going about his business with Valerenga in Norway and can play as a holding man, in the centre of the park or in a slightly more advanced midfield role.

With just three caps to his name, it remains to be seen whether he will get a chance to showcase his talents on the world’s biggest stage.

Logic suggests that the fairytale cannot go on for Iceland this summer; the draw sees them joined in Group D by Argentina, Croatia and Nigeria and reaching the last 16 seems beyond the realms of realistic possibility.

With Sigthorsson ruled out and concerns hanging over Sigurdsson’s fitness, their attacking threat is severely blunted and that could be pivotal to their chances.

A group stage exit is the most likely outcome, but this is a team built on defying the odds and they will relish the chance to do so again this summer.