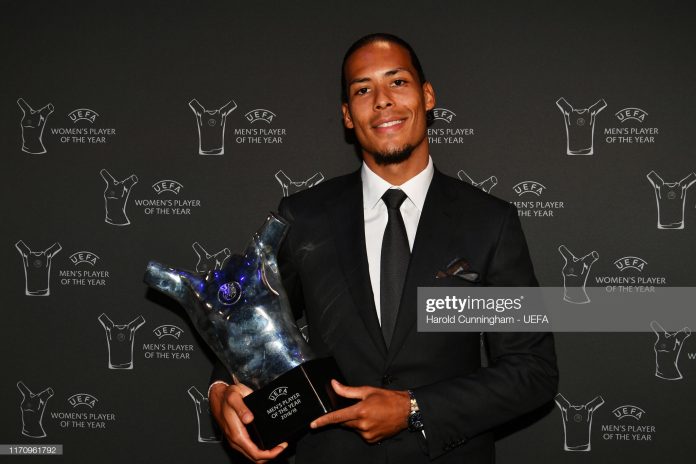 The Netherlands international also emerged as the defender of the season after a brilliant 2018-19 campaign that saw the Reds win the Champions League, and it wasn’t surprising to see him walk away with both prizes.

Van Dijk was solid for Liverpool during the group and knock-out stages, particularly playing a vital role to help them to a clean sheet in the 4-0 thumping of Barcelona in the second-leg of the semis and also emerging as the official man-of-the-match against Tottenham Hotspur in the final.

The Reds star picked up 305 points during the voting process, a return considerably more than Messi’s 207 points and Ronaldo’s 74 points.

Arsenal legend Ian Wright approved of VVD’s emergence as POTY, and here is how he reacted to announcement on Twitter:

Van Dijk narrowly missed out on winning the Premier League title after Manchester City beat Liverpool to the prize by just a point.

However, he emerged as the PFA Player of the Year and he looks favourite to go home with the FIFA The Best Player and Ballon d’Or awards too.

The Dutchman has continued from where he stopped last season, helping the Anfield outfit to the top of the Premier League table after three victories in as many games, and he will look to help the Merseysiders retain their Champions League title and challenge for the three domestic prizes available.