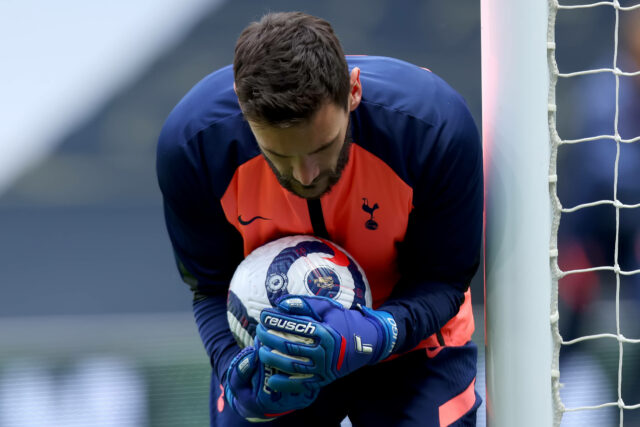 Tottenham Hotspur goalkeeper Hugo Lloris is likely to remain at the club next season.

The 34-year-old, who joined Spurs nearly a decade ago, is the club’s longest-serving player at the moment.

Lloris is out of contract next summer, and there were fears that he might leave the club.

Talks of moving back to his native country were discussed, and a reunion with former boss Mauricio Pochettino was speculated in the media.

However, the French goalkeeper appears set for a contract extension at the north London club.

According to Football Insider, he plans to extend his stay for one more year or maybe longer.

The report claims that he has held talks with Spurs chairman Daniel Levy and has expressed his desire to continue under a new manager.

Lloris is loved and respected by the Spurs fans, and the news will come as a relief for them.

He is a leader in the dressing room, and Spurs are not interested in losing such a vastly experienced proven performer.

There are two sides to consider here.

Lloris has always been a superb shot-stopper, but he has other problems, especially with his distribution.

His form has dipped slightly in recent seasons, and he has been inconsistent at times, making some ghastly errors.

With Joe Hart not proving to be the candidate to challenge him for the starting spot, Spurs should look to bring in new faces – someone like Nick Pope or Sam Johnstone.

At the same time, Spurs will be operating on a tight budget in the summer, and they need to strengthen other areas of the squad.

Lloris is still good enough to continue at the top level for a few more years. The money could be used elsewhere.