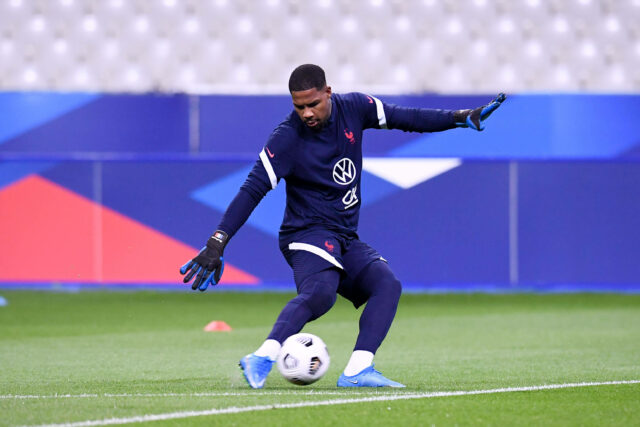 Lloris is the first-choice keeper for both his club and country. However, his future is now up in the air at the north London club.

The 34-year-old edges towards the final year of his contract at Spurs, and it has been claimed that he could leave the club in the summer.

Lloris has been linked with a return to OGC Nice, while he could stay in the Premier League, with Manchester United reportedly a possible destination.

Spurs are looking at potential replacements, with L’Equipe claiming that they are keen on snapping up the Lille goalkeeper this summer.

According to reports from France Football, Spurs are likely to face competition from Borussia Dortmund and AC Milan to sign Maignan, who could cost around £21 million.

Lloris is now working with Maignan in the current France national team squad. He was asked ahead of the final World Cup qualifier that whether Maignan could replace him for the national team.

“It is always difficult to project,” he replied, as reported by Foot Mercato.

“He is one of the goalkeepers, with Alphonse Areola, Illan Meslier or Alban Lafont, and I certainly forget some, who are in the news today. He is there with a lot of desire and motivation to learn – he is very ambitious.”

Maignan is a talented keeper, and he has been one of the reasons why Lille are doing so well in the Ligue 1 this season.

However, it will be difficult for Spurs to tempt him if they fail to secure Champions League football for next season.

In other news, West Ham are keen on Nikola Maksimovic.