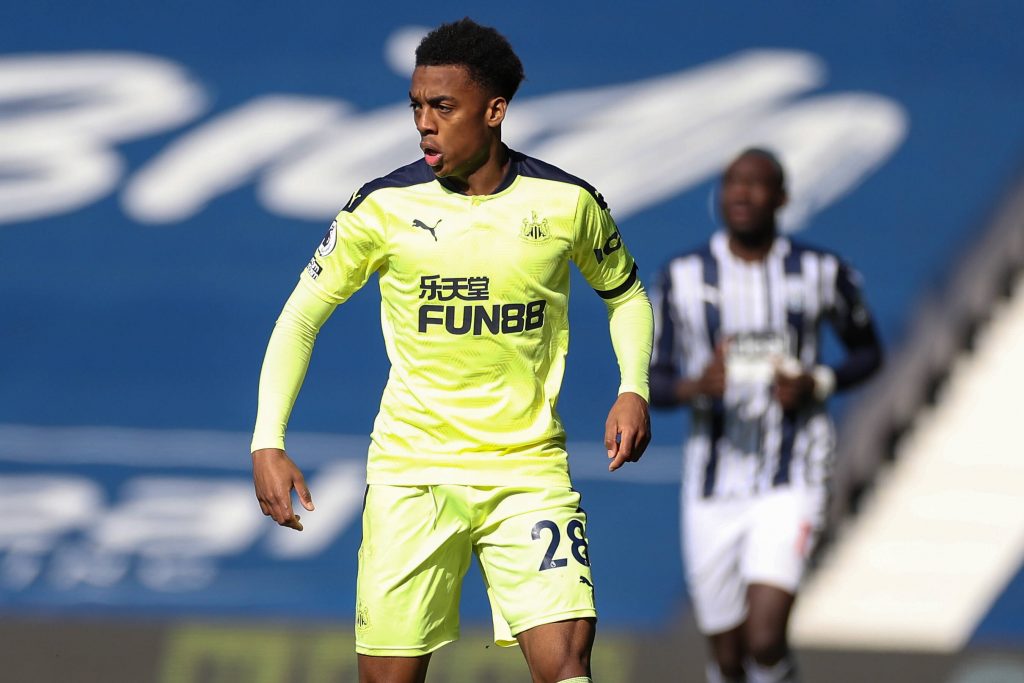 Newcastle United have been handed a huge boost in their hopes to sign loanee Joe Willock permanently this summer.

Willock was struggling for game time at Arsenal, playing just 235 league minutes all season for the Gunners.

He was subsequently sent out on loan to Newcastle in search of more minutes on the pitch.

The Englishman has enjoyed a strong spell on Tyneside, scoring three goals. He netted on his debut in a 3-2 win over Southampton and has since registered crucial goals against Tottenham Hotspur and West Ham United.

It is unclear where Willock’s future lies. However, Football Insider claims that the midfielder has told his teammates that he would like to stay at Newcastle.

It appears that he is not in Mikel Arteta’s immediate plans at Arsenal. Although, he is only 21 years of age, so that could change in the future.

It is unknown how many of these will remain at the Emirates Stadium beyond this summer. However, this much competition makes it unlikely that Willock will nail down a permanent starting spot at the club.

In contrast, the 21-year-old has started seven out of a possible ten at the Magpies, meaning he would probably be a guaranteed starter at St James’ Park.

Newcastle have six games remaining of the 2020/21 season. They will be hoping to end the season without any relegation fears. Steve Bruce’s side currently sit eight points clear of the relegation zone.