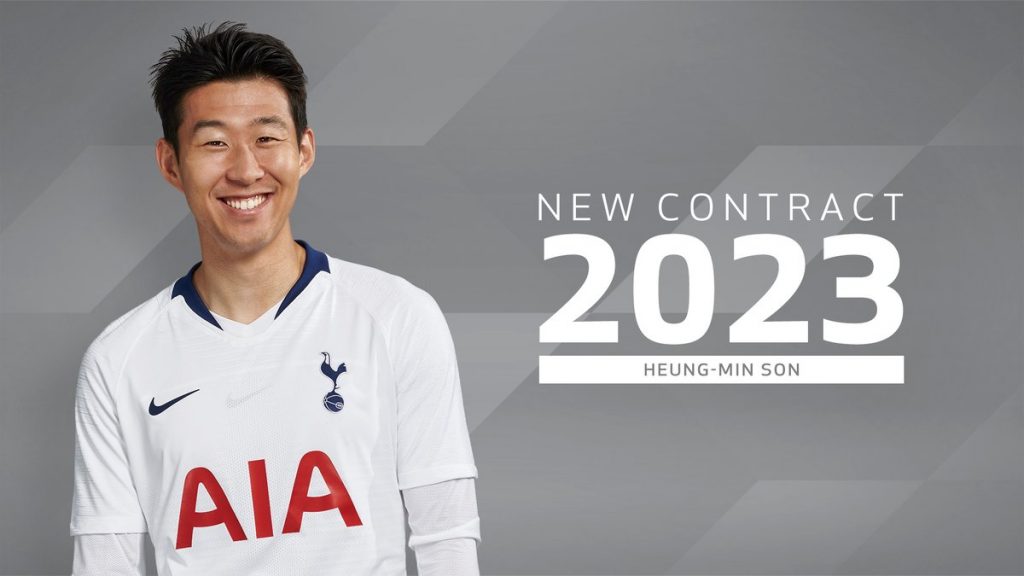 Tottenham have agreed on a new deal with their South Korean forward Heung-Min Son.

The 26-year-old has signed a five-year contract with the Londoners which will keep him at the club until the summer of 2023.

✍️ We are delighted to announce that Heung-Min Son has signed a new contract with the Club, which will run until 2023.

Spurs have recently secured the long-term future of Harry Kane and Son signing a new deal now will be a massive boost for the fans.

The South Korean forward has been a key player for Pochettino ever since his move from Bayer Leverkusen. The 26-year-old has managed to establish himself as one of the best attackers in the Premier League right now.

Son has scored 47 goals in 140 appearances for Spurs since joining from Bayer Leverkusen in 2015.

The Londoners must look to secure the futures of Eriksen and Alli now. Pochettino will be hoping to challenge for the title next season and he will need to keep his best players in order for that to happen.

The likes of Kane, Pochettino and Son committing their futures to the club is a massive statement and here is how the Spurs fans reacted to the news.

Here COMES THE SON GET IN!!

Announce Eriksen signing a contact and then a player please ?

Probably one of the most deserving players of a new contract, stepped up last season when we lost Kane for a couple of different periods.

Contributed a ridiculous amount of goals and assists last season, also didn’t moan at all when dropped to the bench, a manager’s dream. ??

This is better than a new signing in my opinion