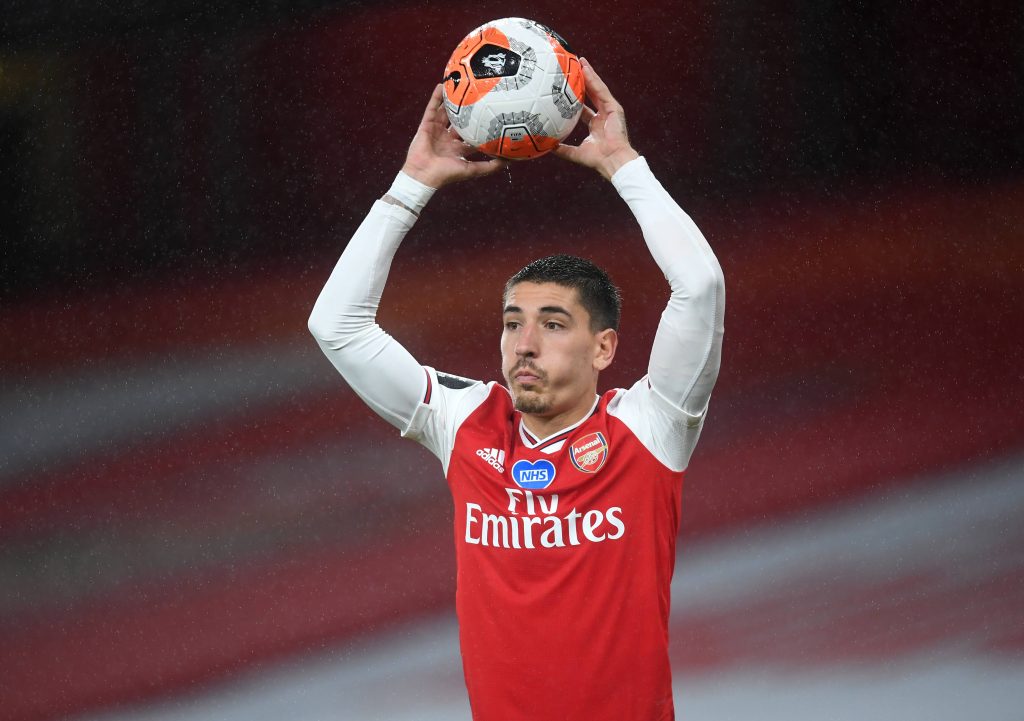 Arsenal defender Hector Bellerin is ready to leave the club during the ongoing summer transfer window, The Telegraph reports.

The 26-year-old has spent his entire playing career with the Gunners, but he is eyeing a new challenge with the competition for places.

Bellerin’s game time drastically reduced during the back end of the season, with Cedric Soares and Calum Chambers also preferred at right-back.

With two years left on his £110,000-a-week contract, he is prepared to move on. However, the north London club have yet to receive any offers.

The club prefer to sell him permanently to land a replacement, but it is reported that they may have to accept a loan deal with an obligation to buy to invite bids.

Bellerin’s future with the Gunners first came into question last summer when he was the subject of interest of Bayer Leverkusen.

Gunners boss Mikel Arteta reportedly convinced him to stay with the assurance that he could leave at the end of the campaign.

The club are braced for the Spaniard’s departure this summer, but it appears that there are no offers on the table as things stand.

Inter Milan chief Giuseppe Marotta recently confirmed the club’s interest in Bellerin, but the club are in a tight financial position.

The Nerazzurri are eyeing a loan with a buy option. The proposal has been snubbed.

With Bellerin’s contract status, the Gunners are holding out for a permanent sale but could change their stance in the coming weeks.

They may still be reluctant to accept a loan without a compulsory buy clause unless Bellerin signs a short-term extension before leaving.