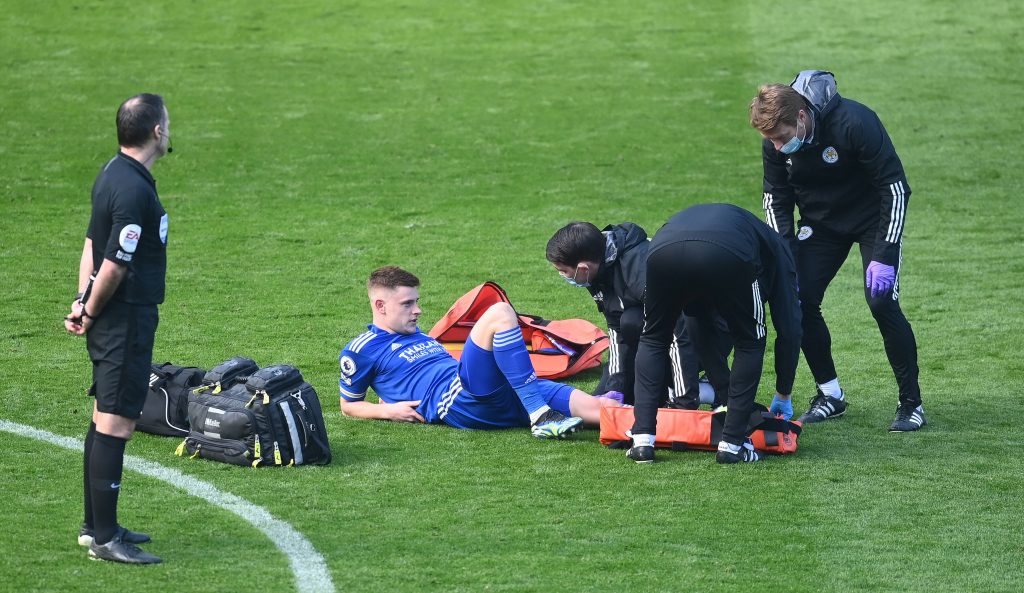 Leicester City winger Harvey Barnes will miss this summer’s European Championships after suffering a setback in his recovery from injury.

The Englishman has enjoyed a fine season for Leicester this term. In his 25 appearances, he has netted nine goals – surpassing the six he scored last season – and registered a further four assists, helping his side to third in the table.

His performances have earned him a place in the England set up. He got his first call up in October, making his debut in the 3-0 friendly victory over Wales. He was expected to be part of the latest England squad in March but missed out with a knee problem.

And now Barnes has suffered another blow and will miss Euro 2020, as confirmed by Sky Sports.

What does this mean for Leicester?

Leicester were hoping to have him back before the end of the season, but that’s evidently not going to happen.

Since his injury, which coincided with the absence of fellow England international James Maddison, the Foxes have had an inconsistent spell.

They suffered defeats to Manchester City and West Ham United and drew against Burnley, but also pulled off four league wins and two more in the FA Cup.

Brendan Rodgers’ men have almost secured their place in the Champions League for next season, sitting seven points clear of fifth with just five games remaining.

They can largely thank the form of March’s Premier League Player of the Month Kelechi Iheanacho, who has bagged nine in his last seven league outings.

They have a fairly tough run-in towards the end of the campaign, facing Manchester United, Chelsea and Tottenham Hotspur in their final three games. However, their commanding lead should see them over the line.

Their main concern will be the FA Cup final, also against Chelsea. In Barnes’ absence, Rodgers has adopted a 3-5-2 formation, using Timothy Castagne and Luke Thomas as wing-backs with Iheanacho partnering Jamie Vardy up front.

If Barnes was available, they would likely play a 4-2-3-1, with Barnes and Maddison joining either Mark Albrighton or Ayoze Perez behind the main striker.

What does this mean for England?

Barnes had been rather unfortunate when it comes to the national team. He was performing admirably but found himself stuck behind Raheem Sterling, Jadon Sancho, Marcus Rashford and Jack Grealish in the pecking order.

The 23-year-old was a victim of his position. His best hope of breaking into Gareth Southgate’s squad was if one of the aforementioned four was ruled out.

There was a glimmer of hope lately for the former West Brom loanee after it was announced that Euro 2020 squads might be expanded to 26. This meant that Southgate could fit an extra winger into his roster if he deemed it necessary.

If he still feels the need to bring another wide man, the spot will likely go to Arsenal’s Bukayo Saka. The youngster offers excellent versatility, being able to perform on both wings, as a left-back or in central midfield.