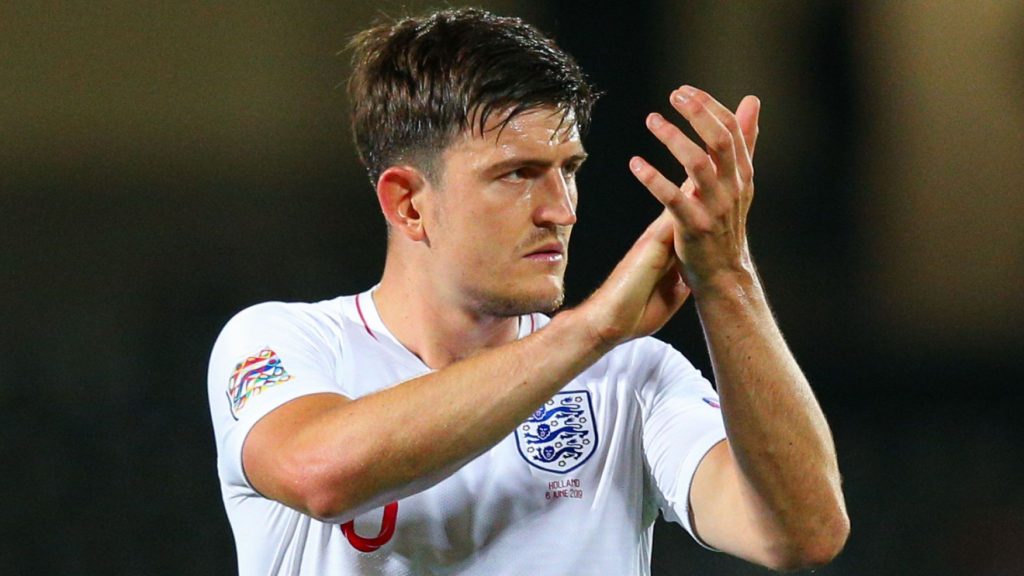 England’s dominant run in the UEFA Euro 2020 qualifiers came to a shocking halt when they fell to a disappointing 1-2 loss to Czech Republic to lose their first game since the UEFA nations league defeat to the Netherlands.

In what was an extremely disappointing showing, Gareth Southgate’s men showed little confidence and allowed the hosts to easily triumph over them.

Southgate was quick to take the defeat upon himself, but star defender Harry Maguire suggested that some of the players’ poor club form is the reason for being unable to turn up at the International stage.

Following the game, the towering centre-back explained how lack of confidence in club level is taking a toll on their form for England, saying: “We bring our club football into international level.”

Incidentally, the core of England’s defence is struggling in the Premier League. Maguire’s Manchester United find themselves two points off a relegation spot in 12th place, while Michael Keane’s Everton are in the relegation zone itself.

Danny Rose conceded 10 goals in a matter of a few days for Tottenham Hotspur last week earlier this week, while goalkeeper Jordan Pickford’s also being exposed to negativity thanks to the downfall at Everton.

Another point of confusion for the Three Lions is the lack of a proper defensive partnership, with Maguire being pit with different partners as Southgate continues looking for his perfect backline.

The Manchester United man spoke about the shifting defensive line and said, “Obviously you are wanting to develop partnerships. Sometimes in international level you can’t really do that. You have players who aren’t playing for their clubs so they don’t get selected, and you have players that pick up injuries.”

“You’ve got to adapt. That’s one of the tricky parts of playing international football that every camp you’re normally playing alongside (someone new) – you don’t want to be – and need to develop new partnerships.”, he further explained.

Despite all the problems, Maguire stated there’s still a need for England to do better knowing their quality.

However, Maguire rebuked claims that England have a fragile defence which keeps on shipping goals as it pleases.

He explained, “This ‘run of shipping goals’ I don’t know where it’s come from apart from the Kosovo game.”

“We were 5-1 up in the game and obviously we’d made a mistake early on in giving them a goal. But we were 5-1 up and maybe we took our foot off the gas and have to learn from that. We will work hard and try and improve. But shipping lots and lots of goals over the last couple of years? We haven’t done.”, he added.

England have the opportunity to seal their Euro 2020 qualification when they travel to Bulgaria on Monday night.