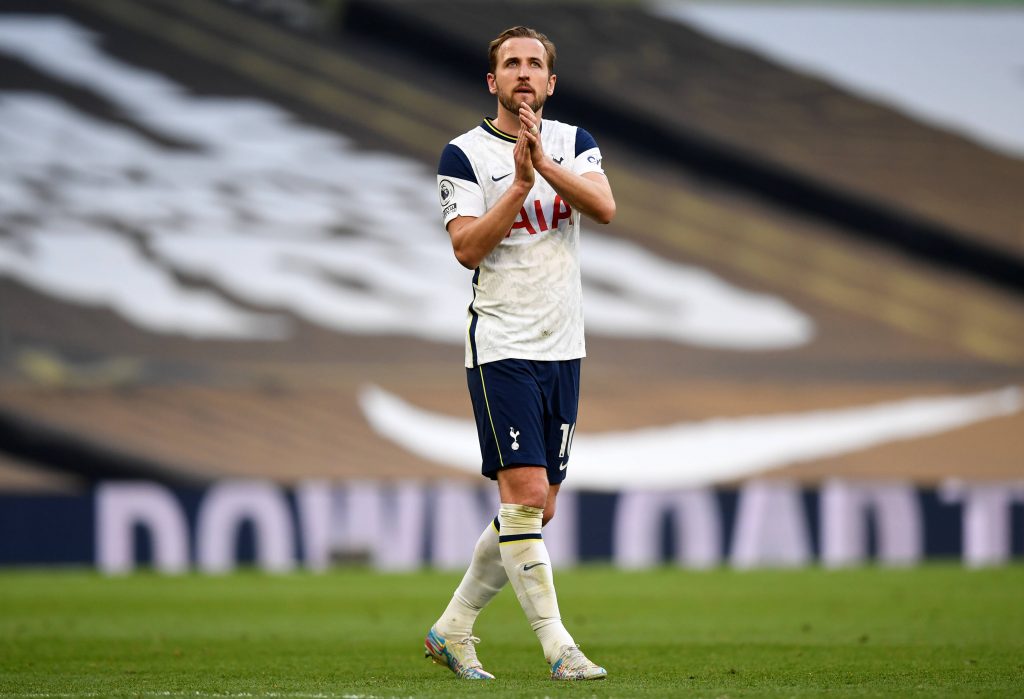 Tottenham Hotspur star Harry Kane has talked about the prospect of winning regular trophies amid interest from the likes of Manchester City and Manchester United.

Kane has spent his entire career with the north London club, registering 220 goals and 46 assists from 335 appearances across all competitions.

Despite the personal success, he has failed to win any form of silverware, and it is reported that he is assessing his options ahead of the summer transfer window.

Kane went on a lap of honour following the 2-1 Premier League debut to Aston Villa yesterday, but caretaker boss Ryan Mason dismissed that he was bidding farewell.

However, in a recent interview with Gary Neville for The Overlap, Kane has talked about the possibility of leaving Spurs, saying that he does not want to have any regrets in his career.

“Do you know what I mean? I’m not going to be worth that for the next 2 or 3 years. I hope we have a good enough relationship. I’ve given the club.

“Well, I’ve been there 16 years of my life. So, I hope that we can have a good honest conversation and see where we are at in that aspect.

“I don’t want to have come to the end of my career and have any regrets.”

He added that he wants to be the best, and wants to reach the heights on Cristiano Ronaldo and Lionel Messi by winning regular trophies, while accumulating 50 or more goals.

“I still feel like I’ve still got almost another career to play. I’ve got another 7 or 8 years. I’m not rushing anything. I’m not desperate to do anything. I feel like for sure I’ve got so much more to give,” he added:

The England international has three years remaining on his Spurs contract, but could be weighing up his future with the club failing to qualify for the Champions League.

Spurs must beat Leicester City this weekend to ensure that they are playing in Europe next season. They could end up qualifying for the inaugural Europa Conference League.

Manchester City are said to be leading the race to sign the 27-year-old as they look for a world-class striker to replace outgoing star Sergio Aguero.

Kane is open to the prospect of joining the newly-crowned Premier League champions, but he could cost as much as £150 million this summer.