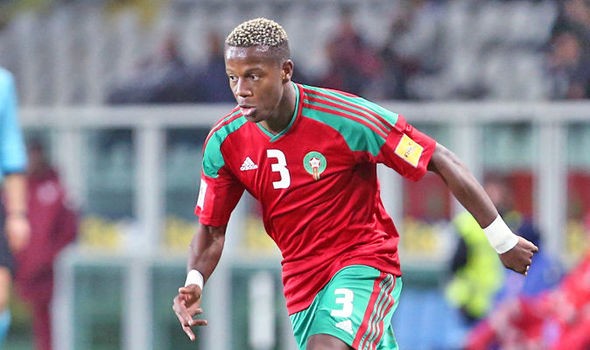 Morocco defender Hamza Mendyl has revealed to German outlet Kicker that he did hold talks with Newcastle United about a potential move to the Premier League.

Mendyl, who has 13 caps for his country already, joined Schalke this month from French outfit Lille for a fee in the region of £6.2 million.

He has confirmed that he held talks with both Arsenal and Newcastle United about moving to the Premier League, but work permit issues prevented him from making the switch.

When asked about reported interest from the Premier League clubs, he told Kicker:

True, I’ve been in talks with Arsenal FC and Newcastle United, but being a Moroccan citizen it’s not so easy to get a work permit there, I would have thought I’d play in England.

“I want to play in the Champions League, too I could not have believed that until recently.”

Newcastle were in the hunt for a left-back throughout the summer, but they have failed to sign one in that position.

The Magpies indeed signed Kenedy on loan from Chelsea but the Brazilian is more of an attacking left-sided winger than a natural defender.

That he has managed so many appearances for Morocco at such a tender age goes to show that he is highly rated by his country.