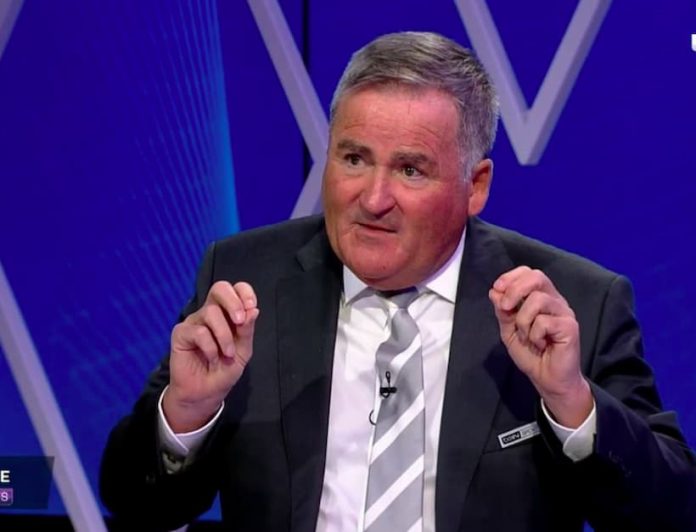 The barrage came in response to the TalkSPORT pundit accusing Keys and others of being ‘dinosaurs’ in regards to their views on Jesse Lingard’s decision to join Nottingham Forest over West Ham.

“Don’t listen to the Simon Jordans, the Richard Keys, all these jokers!” explained Agbonlahor after Keys had tweeted that Lingard would have been “better off at West Ham”.

And Keys twice replied to Agbonlahor on social media on Monday afternoon, firing shots in the process. Keys tweeted: “I didn’t realise Gabby Agbonlahor was on the radio. His broadcasting career is obviously as insignificant as his playing career.

“Described to me today by a Villa staff member as ‘the most unprofessional he’d ever worked with’. Apps 351. Gls 76. Is he still at Watford?”

Agbonlahor was quick to issue a response, though, commenting: “Speaking of insignificance…after being fired for sexism and getting your wife mixed up with your daughter’s best friend, I also wasn’t aware they’d let you back on air. But keep using my name to stay relevant hairy hands.”

We should be fair – Gabby has done well to put a few inaccurate big words together. Villa’s best ever? Imagine how bad they would’ve been if that were true.😂 I wonder if he’s still got the party house he kept for his mates? And what was in it? 🤷‍♂️.

Keys left Sky Sports in 2011 after footage emerged showing him to make sexist jibes toward assistant referee Sian Massey-Ellis and other female figures before leaked footage showed him asking Jamie Redknapp if he “smashed it” in the studio.

After Lingard’s Nottingham Forest deal was announced, Keys had tweeted a picture of Lingard in a Forest shirt with “JLINGZ 11” on the back and wrote: “Who is advising this guy? Really…?”

He later added: “The debate has been interesting to follow. Bottom line is Lingard would’ve been better off at West Ham.

“Forest will struggle to win 10 games this season – which means they’ll be fighting for survival. Which means they will be called ‘struggling Forest’. Let’s talk again in May.”

And wanting to get the last word, Keys responded to Agbonlahor’s verbals saying: “We should be fair – Gabby has done well to put a few inaccurate big words together. Villa’s best ever? Imagine how bad they would’ve been if that were true. I wonder if he’s still got the party house he kept for his mates? And what was in it?”