Guardian have quoted the Swansea manager Paul Clement who believes that the transfer should be completed “in the next couple of days”.

Swansea lost a key player (Ashley Williams) to Everton late in the window last summer and then they struggled to replace him. The Welsh outfit are keen on repeating the same mistake this summer and are looking to finalise the move as soon as possible.

According to Clement, Everton and Swansea are finalising the details of the £50m-rated transfer.

Clement said: “He [Sigurdsson] will not play [the friendly] against Sampdoria on Saturday. Talks are still going on and hopefully, we are going to get some news in the next couple of days. The deal needs to be the best for all parties involved; we have got a very important season coming up.”

Sigurdsson will be Everton’s club record signing and the 27-year-old is expected to replace Ross Barkley. The England international is on his way out of Goodison Park this summer.

Initially, Everton had two bids rejected for Sigurdsson but the negotiation has progressed since then and the two clubs are close to agreeing on a fee. Furthermore, the deal could involve another player as well.

Young Everton defender Callum Connolly could join the Welsh outfit in a player plus cash deal.

The signing of Sigurdsson will take Everton’s summer spending close to £150m but the Toffees are not done yet. Ronald Koeman is thought to be looking at a striker and another defender this summer. Olivier Giroud and Wesley Hoedt have been linked with moves to Everton. 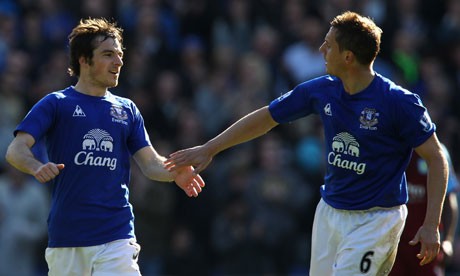 Meanwhile, Phil Jagielka has signed a contract extension with the Toffees.

Guardian have confirmed that the Everton captain has signed a one year deal and will stay at the club until 2019.

The 34-year-old was linked with a move away from the club, but the Toffees are short of defenders due to injuries and Koeman is keen on keeping the England defender.