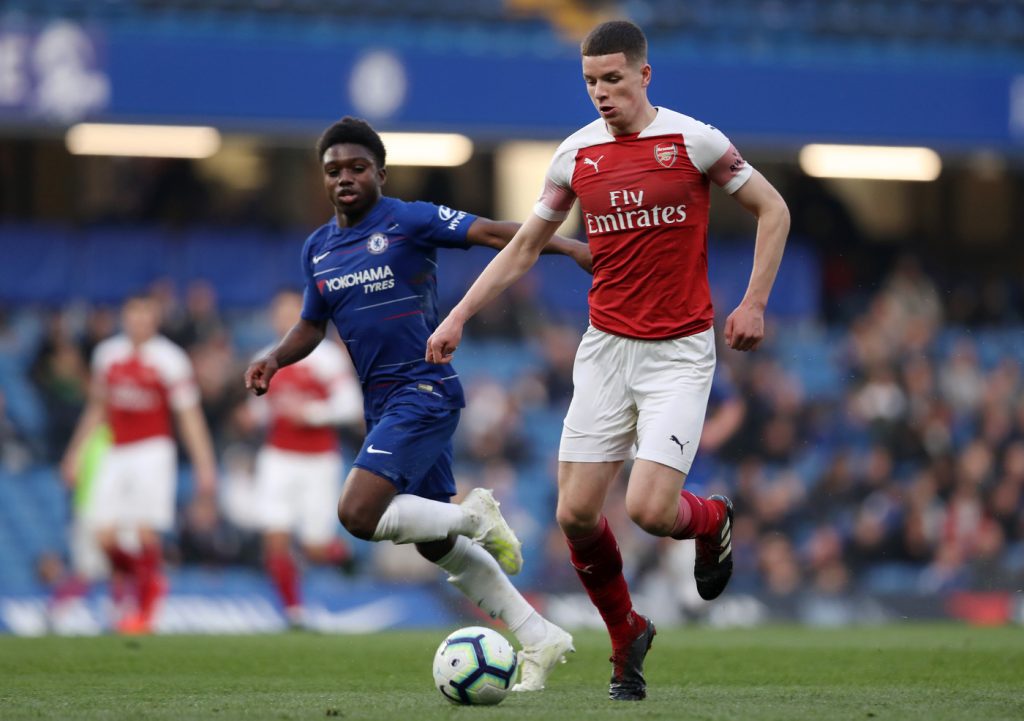 St Johnstone have completed the signing of former Arsenal midfielder Charlie Gilmour until the end of the season.

The 21-year-old has previously played for the Gunners in the Europa League, before spending time with Norwich City and Dutch club Telstar.

Gilmour, who has represented Scotland at junior level, says he is looking forward to getting his career back on track.

“I’m delighted to sign for St. Johnstone and I’m just excited to get started and get back into a routine,” he told the club’s official website.

“It’s an opportunity to play in a good league and obviously with my connection to Scotland being half-Scottish makes it an exciting move for me personally.

“It’s exciting as a player to come to St Johnstone. The club has been getting great results recently to move up the table and obviously there’s a cup final to come.

“I’ve loved being around Callum Davidson. He’s a good man-manager and he always speaks to you. He’s always welcoming, always encouraging. I feel like he can get the best out of me.”

Gilmour was highly thought of at Arsenal as a youngster, but he failed to make the breakthrough into the first team.

His move to Norwich also didn’t work out, with the club releasing him after he had enjoyed a relatively successful loan spell in the Netherlands.

He has been without a club since September and now has the chance to resurrect his career in the Scottish Premiership.

St Johnstone are well established in the top flight in Scotland and are renowned for giving young players a platform to shine.

Gilmour still has time on his side and could prove to be an inspired signing by the Perthshire outfit.