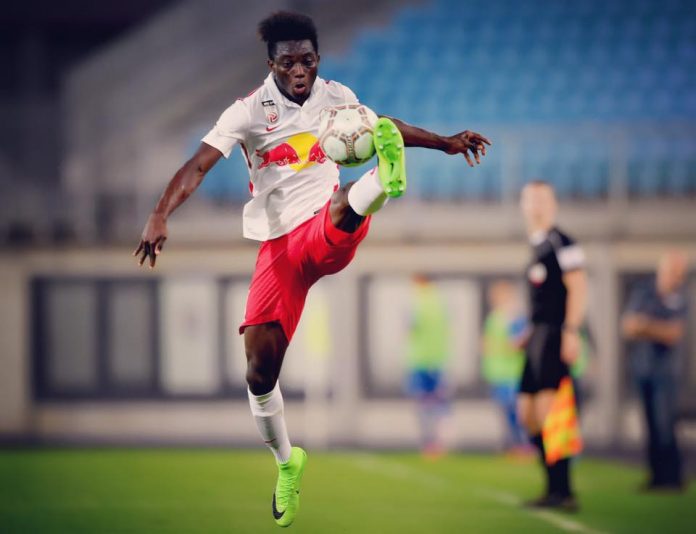 According to Ghana Soccernet, the Scottish champions have submitted an offer for the player and he is weighing up their proposition right now.

The 21-year-old is a player in demand. He is being chased by the likes of Zulte as well. Mensah was linked with a move to Barcelona earlier.

The report adds that Mensah will be allowed to leave on loan this summer and a move to Celtic might be ideal for him.

He will get regular first team action at a high level and it will help him progress as a player.

Mensah was quite impressive in the friendly against Chelsea last month and he has the quality to do well in the Scottish league.

The player has a contract until 2024 and RB Salzburg are under no pressure to sell. However, they are open to loaning out the player and Celtic must make the most of that opportunity.

They need a quality left back to replace Tierney and Boli has failed to make an impression so far. Signing Mensah on loan would be a masterstroke and it would allow Lennon to invest his funds in the attack/midfield as well.