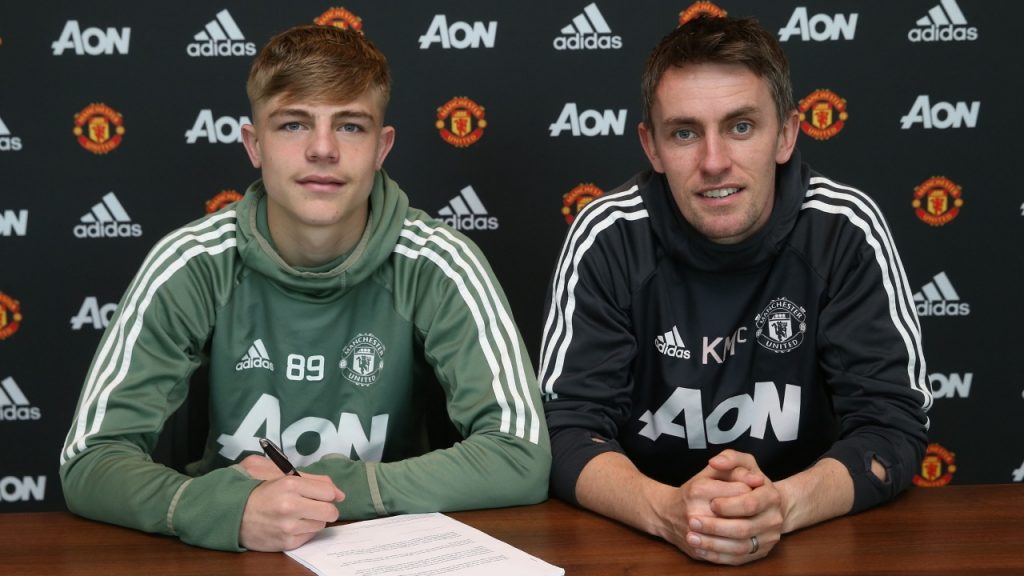 Supporters have been buoyed by the news Manchester United defender Brandon Williams has signed a professional contract.

The 17-year-old has been a regular in the u18 side that won the Premier League North title and will now be looking to rise through the youth ranks to the first-team in the coming years.

United have always prided themselves on their academy, having recently blooded through Scott McTominay, Jesse Lingard and Marcus Rashford who have amassed 3777 minutes of Premier League football this season, and fans are pleased to see a promising talent signing a first pro contract.

Fantastic news. Been well impressed with him this season. Good luck to him ??

Congrats Brandon…now to push on. Good luck and well deserved!

Love the work that Kieran McKenna has done with the academy, a job well done! He has totally secured bright futures for the U18’s. ??????⚪️⚫️ #MUFC pic.twitter.com/xjMUZAHG6A

Williams is regarded as an ‘influential fullback’ with a bright future and paid tribute to Kieran McKenna and Nicky Butt for their help with his development.

The teenager has terrific mentors in the first-team if he’s ever selected by Jose Mourinho to train with the seniors, with Ashley Young and Antonio Valencia having impressed in parts this season.

For those who have seen Williams in the youth side in recent years, they’ll be delighted to see his hard work has been rewarded with a professional contract so he can make a real living from football. Time will tell if he can continue progressing and move up to the reserve side and first-team in the future.